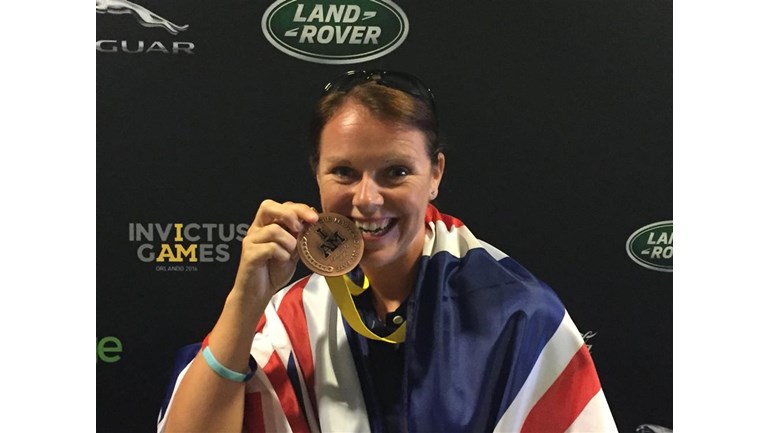 Support our London Marathon Invictus Games Foundation team in their challenge to complete the 26.2 miles through London. We use the power of sport to inspire recovery for wounded, injured and sick military service personnel and veterans.

Inspired by her surname, Sally completed her first marathon dressed as an orange, in a bid to show that sport and fitness doesn’t have to be about being the fastest or the fittest, but that it's about having fun, making others smile and raising money for charity.  This marathon also saw her setting the ‘Guinness World Record for the fastest marathon dressed as a piece of fruit’.

She took her love of fruit and the benefits of running even further, and in 2018, became the first person in the world to complete a marathon on every continent…dressed as different pieces of fruit!

But life hasn’t always been peachy for Sally and unfortunately her zest for life turned sour some years ago when she was diagnosed with and continues to battle with her own mental illness.  The consequence of this being that she is soon to be medically discharged from the British Army, after 21 years’ service.

She has however been determined to turn her negative experience into a positive and was fortunate to be selected to represent the UK in the 2016 Invictus Games, bringing home a medal.

Sally is now driven to help others by changing the conversation on mental health and has come up with a novel way in which to address the topic.

‘I am often asked if I’m nuts because of all my fruity marathons and so this year, I am running my 45th marathon in London….dressed as a nut (peanut)’.

She will be attempting another Guinness World Record for the fastest marathon dressed as a nut.  Sally really is nuts about mental health, but believes that together we can crack it.

Sally is raising money for the Invictus Games Foundation in a bid to help others achieve their own goals however big or small, through sport.

Support our London Marathon Invictus Games Foundation team in their challenge to complete the 26.2 miles through London. We use the power of sport to inspire recovery for wounded, injured and sick military service personnel and veterans.

The Invictus Games use the power of sport to inspire recovery, support rehabilitation and generate a wider understanding and respect for wounded, injured and sick servicemen and women.

Charity Registration No. 1159482
Find out more about charity fundraising