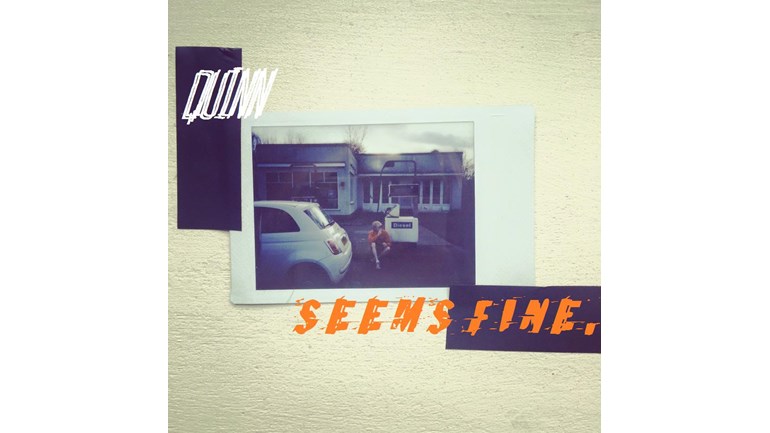 I am releasing my debut solo EP, 'Seems Fine', on Friday 10 June, through Freaked Out & Small Records (however, it'll be under my alias Quinn). The record was produced by The Ineptunes (myself and Edward Gomez, who did a fantastic job), and sees me play everything but drums (Samm Jones did those, brilliantly, too) and female vocals (those were supplied amazingly by Diana Nguyen).

I was incredibly lucky that the record cost me nothing to make, so thusly I felt guilty at the thought of making a profit from it. I didn't want to give the EP away for free, either, because even though music is 'given away' quite regularly these days, the thought of handing over a six-track EP for nothing worried me, as would people truly listen to it? In my experience, if people pay £££ for something, they 'invest' in it, and thus listen to it. So here's where my idea came in.

I am donating ALL proceeds from this EP to Teenage Cancer Trust, a charity I have raised money for in the past. BUT this is indefinite; in 50 years' time, if you buy a copy of this record, the money will still go there. Not only that, but ALL money from gigs, merchandise and anything else will also be donated to TCT. This won't be transitory, this is permanent, and even though I'm not expecting to raise a great deal of money, I hope we can make a positive contribution through this record, which I am immensely proud of.