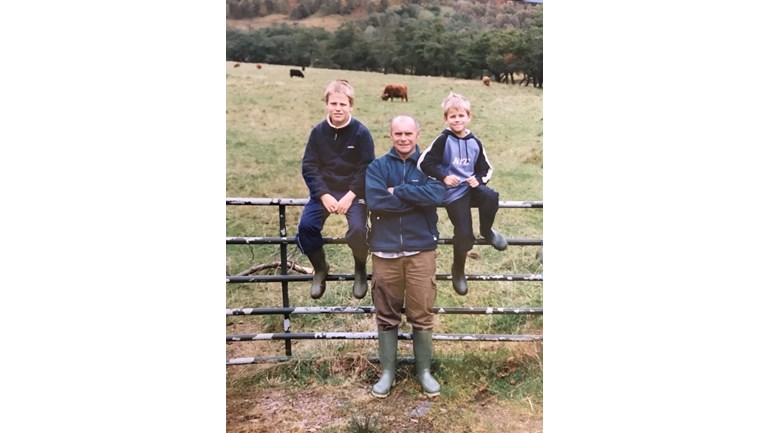 I am organising a walk up Helvellyn Mountain in the Lake District in memory of the funniest, bravest brother I could have wished for. I am organising this for Crohns & Colitis UK. All money raised will go to the psychological impact on somebodies life suffering with Crohns & Colitis which I have arranged with the charity. George had a traumatic and incredibly difficult life from May 2012 when he was diagnosed with severe ulcerative colitis. Following 3 weeks in hospital, he had emergency surgery to remove his colon and had to face life with an ileostomy, making a huge impact on his young life stopping him playing his Rugby League which he loved and resulting in him shying away from social situations despite his bravest efforts. He initially went back to university to study after being fit with a stoma but he was too unwell and could not continue his course.

During the past 6 years, George faced numerous major operations and suffered multiple intrusive heavily life impacting side effects from his illness, George’s life became a constant increasingly difficult struggle. Throughout this time George showed incredible courage and extreme bravery. George always wished to return to his studies at Edge Hill University and wished to have a positive future, and continue making people laugh like he loved to do and get back into sports and one day write a book or comedy series with myself with his superb writing skills and sense of humour. Tragically, the physical and psychological effects of this illness became intolerable and George could no longer face the constant challenges ahead. George tragically passed away on 8/12/2018.

What happened to George has shook our family in the most extreme way that is possible but we are determined to turn that into something positive and help Crohn’s and Colitis UK support people like George in the future and hopefully find a cure that will mean nobody has to go through what George went through.

During George’s struggles myself and my family feel strongly that George would have benefited greatly from psychological help which was related specifically to this illness and the complications to life that it brought. Sadly this was something which was always said to be unavailable due to lack of funding. This is something which was brought to light in the inquest. Crohn’s & Colitis UK charity have recently started to provide emotional support as well as research into future cures. Crohns & Colitis was something I knew little of until George was diagnosed and came to realise many people suffer from this illness, especially younger people.

My family would take comfort and pleasure in knowing money raised from this walk will go towards helping people who go through similar daily trauma’s to George in the future. Climbing Helvellyn barely registers on the scale of difficulty when compared to living with Colitis but it’s our way of acknowledging the struggles of those who contend with these conditions as part of everyday life. When George was well he loved to be climbing the fells so we feel this is a fitting way to raise money.

We’ll be setting off around 8am on 1/6/2019 meeting in Glenridding. A lot doing the walk will be staying over around Ambleside but also just as appreciated if you’re just coming up for the day. If you are walking please share this one link over the coming weeks so any donations come in to the same place and if you receive cash donations I’ll happily upload them, even if everybody raised a few pounds we should raise a lot of money to make a positive difference for future sufferers of this life changing illness