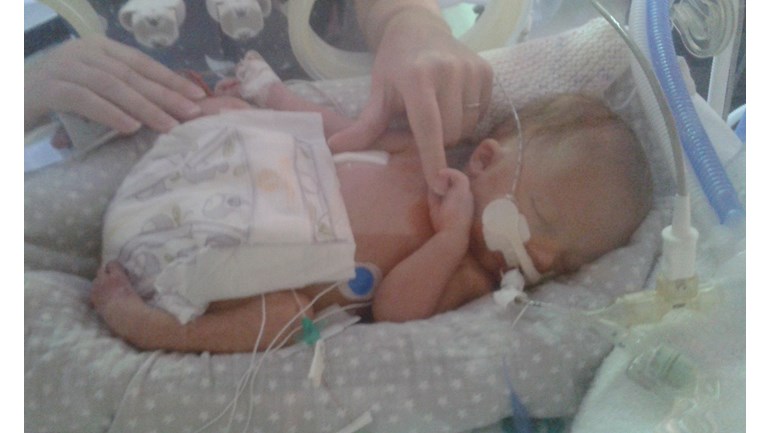 I am doing a tandem skydive for Bradford Hospitals Charity because BRI neonatal unit are amazing!

Jack was born prematurely in the early hours of Saturday 16th June 2018. His eyes were closed and he didn't cry. He had to be resuscitated and was put in special care. He had difficulty breathing and with movement. On Saturday evening he was moved to BRI. We were told we had a very poorly baby boy.

We were given a room in the unit to stay over so we could be close to Jack. We sat with him, held his hand, read him stories, brought his big brother to meet him and family came to see him too. All the while, the doctors and nurses cared for Jack, carried out tests, talked to us, answered our questions, and showed us an abundance of kindness.

On the Wednesday, after a MRI scan in the afternoon, we were given the news that no parent wants to hear. Jack was not going to make it. He might make it to the weekend. When we knew that he was going to die he was moved into an open top incubator, which meant we could hold his hand and kiss him. We also got to have cuddles!

The following days were bittersweet. It was hard to believe that our beautiful baby boy, who seemed perfect to us, was going to be leaving us. All the staff at BRI neonatal - doctors, nurses, receptionists, cleaners, ministers - continued to do their jobs with unwaning kindness and compassion. We could not have wished for better care, especially in such terrible circumstances.

Jack was strong and brave and he finally gave up the fight on Monday morning, when he died in my arms. On that last harrowing day, BRI staff helped us during and after his passing and they continued to support us in the following weeks and months.

If anyone is unlucky enough that their baby has to go into a neonatal unit, they could not receive better care than BRI neonatal. We will forever be grateful for the kindness and attention they showed Jack and our family.

Bradford Hospitals' Charity supports Bradford Teaching Hospitals NHS Foundation Trust to provide funding for equipment, training and research. We also support out staff to achieve this. Our vision is to provide the very best care and treatment for the people of Bradford.

Charity Registration No. 1061753
Find out more about charity fundraising