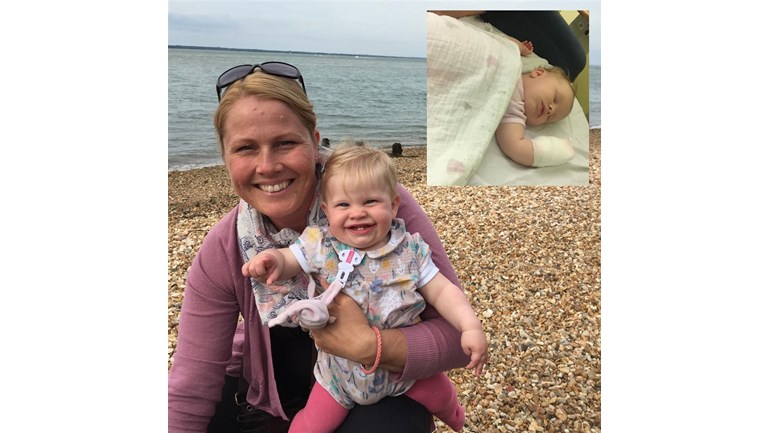 Thanks for taking the time to visit my just giving page.

A week after New Years 2016, my husband and I noticed that my 10 week old daughter Georgiana was out of sorts. As the evening progressed, she became increasingly unwell. By midnight I was calling the NHS 111 number and being told to go straight to the Lister's paediatric A&E department. By the time I got there my daughter's condition had worsened further. The consultant on hand confirmed the worst. They suspected Meningitis. This was later confirmed by a series of lumbar punctures that my poor baby endured.

The following days seemed like a surreal dream. My daughter so unwell, and me feeling utterly helpless by her side. The intravenous drip, the beep of the heart monitor, the terrible rash. I will never forget that time.

My story has a happy ending. Georgie survived. Her hearing has been affected by the swelling in her brain, caused by meningitis, but she survived. Many do not.

Since then my father in law has also battled against a different strain of meningitis. This dreadful illness is more common than we think!

I am running for the Meningitis Research Foundation because over 1,000 people die from meningitis and septicaemia every day. Many more are left with life long disabilities. The MRF invests in vital research which aids diagnosis and helps save lives; lives like my daughter's.

I'm a terrible runner, but nevertheless I want to run because of what happened, and also for what might have been.