Maria Rothwell
Fundraising for The Christie 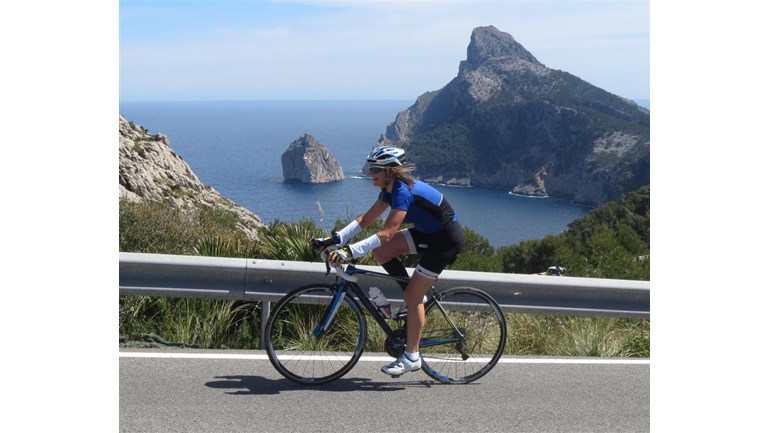 Each year at the end of July members of the Seamons Cycling Club from Altrincham undertake a 100 mile or 100 km bike ride to raise funds for charity - "The Chairman's 100". This year they have chosen to support a charity very close to my heart - The Christie.

One in two people  in the UK will be diagnosed with some form of cancer during their lifetime, I was told when I was diagnosed with breast cancer on the 22nd January this year. To make things worse it seems females have the highest lifetime risk of breast, lung and bowel cancer. There is me thinking periods, childbirth and menopause were bad enough.

When I was told I had cancer, I remember the fear, the sadness, the tears,
the anger...why me? I was completely and utterly devastated.
After 7 weeks from my diagnosis, I began the gruelling path of cancer treatments. Managing side effects mentally, emotionally and physically has been a challenge. I’m now bald, bloated ( another word for fat) because medication and full of poison after having completed 6 cycles of chemos. 3 more to go then surgery end of July followed by 15 sessions of radiotherapy.

Cancer has a way of making you look at each day as “special”.
I reflect on how precious life is, I have now developed a greater
appreciation of simple things that most people take for granted. You
never know how strong you are until being strong is the only choice you
have to fight for survival.

I am ALIVE and still here annoying every one because of The Christie Hospital, one of the largest cancer treatments centre in Europe.

I am asking you to donate not just for me, but for people that are going
through the same, will go through the same and in memory of those that
are no longer with us.