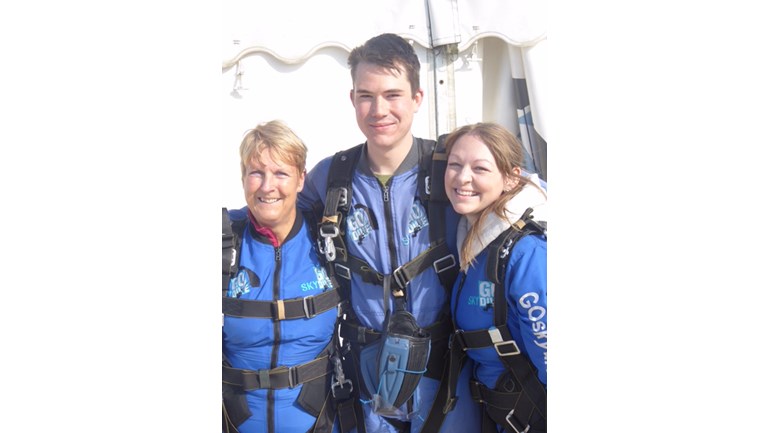 We are diving to raise money for Stella's School & for Rotary Club of Westbourne because we want to help children have an education.

Select Resorts is proud to be working in conjunction with the Westbourne Rotary Club to raise funds for a fantastic charity, Stella's School Scheme;

The Late Dr. Stella Brewer-Marsden created this scheme after she met a bright determined 10 year old boy living in Sambel Kunda. His mother was poorer than the average villager and unfortunately could not afford to send him to school. He spent his days herding cattle for other people, but he wanted to go to school and very actively told staff how much he would love to learn. As a result of the boys persistence Stella began to take a new interest in the Sambel Kunda village government primary school. She discovered it cost very little to send a child to primary school for the year. The boy's thirst for knowledge made a big impression on Stella and she undertook to personally sponsor his education. She mentioned this to visitors she met and friends back in the UK and they also said they would like to help, and so the idea for Stella's School Scheme took root, started to grow and has been ever since with hundreds of children eager to learn.

At present there is a team of 14 teachers and the school roll exceeds 400. Donators have been incredibly receptive to the charity and here at Select Resorts we can make a difference too, starting with a mammoth challenge, not for anyone with a fear of heights!!!

Every donation will make such a difference to the children of Gambia, enabling so many of them an education, something they wouldn't even know about if it wasn't for this funding - Just £60 allows one child to attend primary school for the year.

It's always nice to see how your donations will affect others' lives for the better, and having received the news that one of these children has just qualified as a doctor re-assures us this is a charity worth whole heartedly supporting so please give anything you can to show your support for Samuel, Melissa and Jane, the Westbourne Rotary Club and the team behind Stella's School Scheme.

Over the years, Westbourne Rotary Club has raised thousands of pounds which has provided much needed funding for a variety of charities, both in the local community and worldwide. Select Resorts is one of our business partners supporting Stella's School Scheme in the Gambia, through our Club.