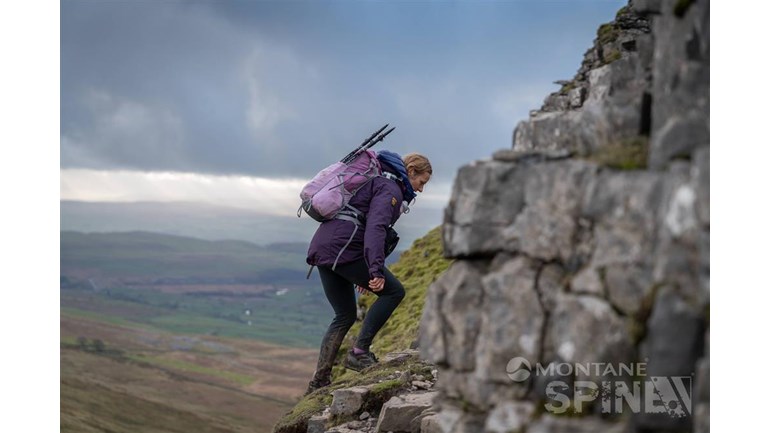 I am running The Spine- 268mls along the Pennines for CALM (Campaign Against Living Miserably) because too many men are losing their lives to suicide.

In July 2018 I found myself part of a large family that previously i didn't really know existed, this was not a family I chose to be a part of and I had no idea of the huge amount of people who were already a part of it by no choice of their own- the ones left behind.

That day now seems so surreal even with a background of a Psychology degree, Policing, and experience of mental health, nothing prepared me for finding Tony, and discovering he had taken his own life, i cut my arms as i smashed the window to get to him, although i knew already it was too late, I took him down and waited for help to arrive, sitting in the sunshine with the world continuing on as if nothing had happened, just waiting for the circus to begin, helpless to be able to change anything.

From Policing I knew the protocol but this time I was on the receiving end of the box filling and paperwork, I felt for the officers attending having to go through this, Tony being so young and a death that just seemed so pointless and preventable, this should not have occurred.

That day my life and my future changed, from planning my sons birthday and school holidays, to suddenly finding myself in a whole new world of grieving my partner our history and the future, running a still new business alone, running a home, being a parent to two children who were massively impacted, looking after my zoo of animals, comforting and speaking to people from all over the country and abroad, dealing with messages, cards, every known social media outlet (i'm not good with techy stuff), organising a funeral, and running out of vases for the flowers being sent, there weren't enough hours in the day, sleep was a couple of restless hours per night and food unfaceable.

That day and in the following weeks I discovered the so much wider impact that the loss of one life has on so so many people and the communities it effects as well as the families involved.

Dedications were held across the Country at Race starts, from road races and trail races to fell races, and ultras to triathlons and local running groups, people ran with pictures of Tony with the hashtag runfortony at Lakeland along with numerous other events, the disbelief was felt unanimously.

Whilst all this was ongoing the reoccurring theme was 'WHY'?

This was not just the reason being questioned, but a total disbelief and incomprehensibility as to how someone like Tony who on the outside had it all (and was very vocal in telling anyone who would listen the same), someone so happy and full of life, who exercised, and succeeded could possibly feel that their only option was suicide.

That someone who was so lively could hide it so well from those closest to him, nothing being said to friends the evening before, nothing said to me who lived and worked with him, how could this be disguised?

In the aftermath and since i've met so many people directly affected by suicide, the reoccurring theme is they weren't the 'typical' candidate of suicide. There is no 'typical' candidate everyone is at risk when mental health takes over your brain, it doesn't function the way it would normally, there isn't any rationalisation, or thoughts of loved ones, no thought to how they will cope, or the impact of finding you, the sleepless nights with children that can't sleep apart from in your bed, the nightmares and daytime flashbacks.

I want to make changes and the only way to do that is to make mental health awareness visible to everyone to make sure that its ok to talk, and its ok to not be ok, to seek help, to support those needing help and to look out for each other. This is the only way to make this disease stop!!

As a result I'm running 'The Spine' a 268ml unsupported race across the Pennines in January 2018, the Spine of Britain and described as Britains most brutal race as it covers ground across the Peak District, Yorkshire Dales, Northumberland National Park, Hadrians Wall, and the Cheviots to finish in the Scottish Borders.

This race in its description states 'its not just the conditions that are against you, your own body and mind could become your worst enemy. Tiredness, fatigue, sleep deprivation and exposure to the extremes of winter weather are all to be expected. To finish you must be prepared and willing to push yourself harder than ever before'.

This is a tribute to those that have gone, those left behind, and those continuing to fight a daily battle with mental health, and those that don't yet know they may experience this one day.

I am willing and wanting to push myself harder than i have before, to fight for those that are tired of fighting and for those that lost their fight.

Please take the time to donate and help to reduce the biggest killer of men under 45.