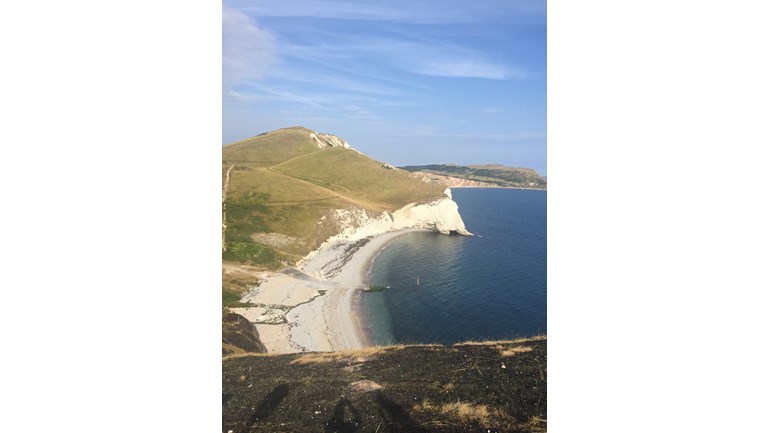 In late March 2017, my wife, Shiona, was diagnosed with stage 4 melanoma after a scan revealed a small tumour in her brain. This followed the removal of a dodgy mole on her left shoulder the previous summer and surgery to remove the lymph nodes under her left arm in February 2017. The disease is incurable having spread beyond its original site via the blood stream and into the brain.  A brief overview of Shiona's treatment follows below.

Typically, Shiona has been amazingly positive in the way she has dealt with her melanoma. She has always had a zest for life; to spend quality time with friends and family; to travel and explore including successfully undertaking several challenges in recent years including the 3 Peaks Challenge and climbing Kilimanjaro.

Shiona decided that she wished to share her story to raise awareness of melanoma and the dangers that it presents; she has done this through her blog (link below) and social media.

In addition, she has focused her energy on a number of fundraising initiatives supported by her amazing friends and family including a few of us giving up alcohol for up to a year, a fabulous comedy night, an impressive 12 hour danceathon and individual friends running the Royal Parks Half Marathon, the Brighton Marathon and cycling the Mallorca 312. To date, these initiatives have raised over £26,000.  Further individual events are planned.

On the weekend of the 21st and 22nd July 2018, a team of 9 of us, including Shiona and I, Michelle de Klerk, Colin Saunders, Phil Hines, Johnny McQuoid, Liz Martin, Tony Smith and Samantha Miller will be walking 100 Km (or 62 miles) in 2 days along the Jurassic Coast.  The itinerary is as follows:

All money raised will be going to support on-going melanoma research and treatments led by the world renowned Dr James Larkin at the Royal Marsden. Any donation you can make to this brilliant cause would be hugely appreciated. Thank you!

Following Shiona's stage 4 diagnosis, she undertook 3 rounds of combined immunotherapy treatment (ipilimumab and nivolumab) before being hospitalised for over 3 weeks with a serious, adverse liver effect (auto-immune hepatitis). Fortunately, the scans showed that the treatment had worked and the tumour in her brain had shown a positive response, significantly shrinking. As we approached Xmas and having finally achieved her objective of being ‘drug free’, Shiona found out that a new tumour had developed in a different part of her brain. She has been undertaking daily medication (dabrafenib and trametinib) in oral form ever since, which targets the genetic make-up of her melanoma tumour to switch off its ability to multiply and spread. To date, scans have revealed that the medication is having a positive response with the tumour shrinking and no further evidence of the disease. Whilst Shiona gets on with every day life, planning is now dictated by the cycle of regular scans & trying to keep on top of this dangerous & unpredictable disease.

Charity Registration No. 1095197
Find out more about charity fundraising