Jenny and Gareth
Fundraising for City in the Community Foundation 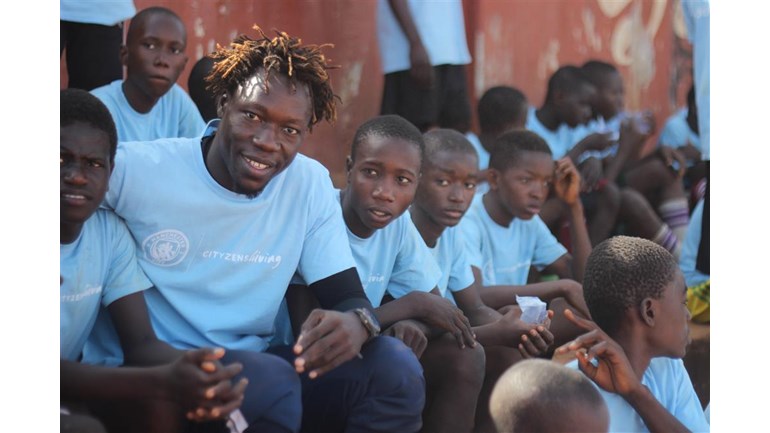 Manchester City Supporters Club in Sierra Leone is a passionate network of 4000 fans across 32 branches.

Through a special connection between Manchester City Official Supporters clubs around the world, the Sierra Leone branch has gone from strength to strength, setting up their own football team, playing in the Sierra Leone National League. Earlier this year, City in the Community also visited to help local coaches provide opportunities for young people to play football through community engagement.

In 2010, a bus was donated and transported to Freetown and has been vital in enabling the branch to become self sustainable.

However, the bus has recently fallen into a unusable state, due to unfortunate events, and is badly needed of vital repairs.

Please continue to help support the work of the Official Supporters Clubs and City in the Community, by donating to get this bus back on the road.