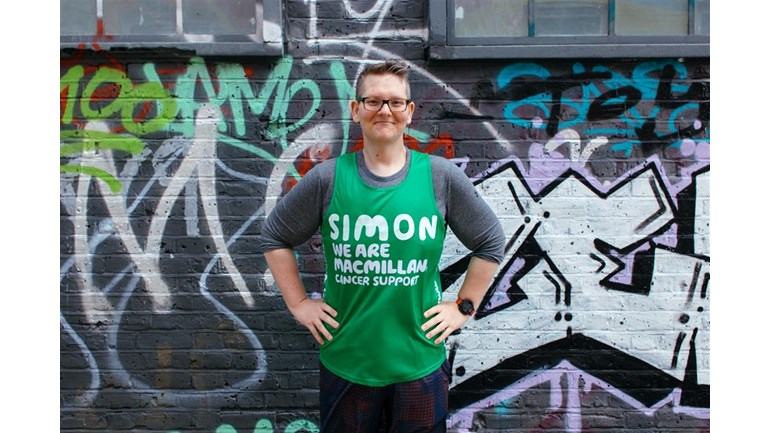 Who’d have thought that I’d be starting a fundraising page for running! But having lost over 10 stone (over 63.5kg) I took up running in 2018 and set myself a challenge of running two half marathons which I managed to complete.  But I've now set myself a new challenge, and possibly my biggest challenge ever, of running my first ever marathon and I couldn't think of a better one to do than London.  So in April 2019 I will be heading to Greenwich to run in the 2019 London Marathon.

Considering until 2018 i'd barely run more than 1km this is going to take a lot of work.  So as well as doing the marathon itself i'll also be doing quite a few shorter runs to build up to the big day, including two more half marathons (I'm booked to run the Brighton Half in February and the Big Half in March).

While running the marathon is a daunting prospect i'm doing it for a great cause - Macmillan Cancer Support.  I've had two grandparents die from cancer (my nanna Jenny and my grandpa Vernon) and both were supported by Macmillan palliative care nurses.  The support they give is invaluable and your donations will go a long way to helping support that work. £28 for instance pays for a Macmillan nurse for one hour helping people living with cancer and their families receive essential medical, practical and emotional support.  Any donation you can spare will make a real difference and support Macmillan’s brilliant work.

Fundraising is hugely important to Macmillan. Without people doing events, running marathons, climbing mountains, and donating in all the other ways that you can, Macmillan wouldn’t exist. Donating through JustGiving is simple, fast and totally secure. Your details are safe with JustGiving - they'll never sell them on or send unwanted emails. Once you donate, they'll send your money directly to the charity. So it's the most efficient way to donate - saving time and cutting costs.