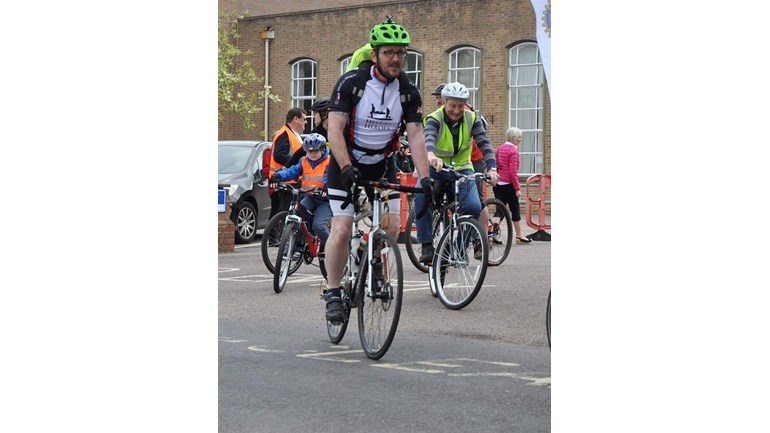 We are a uniformed, youth organisation to develop the skills of young people

In May myself and 9 other local cyclists will be doing a West to East coast to coast cycle ride, we are covering 400 miles in 4 days doing approximately 100miles a day starting at St David’s point May 25th and arriving at Ness point Lowestoft on Bank holiday Monday 28th

I am riding for sponsorship to the Beccles Sea Cadet unit as by the time the ride is completed we should hopefully be moved in to the new unit, and would like to ask you for sponsorship to help purchase new teaching equipment to use in the new classrooms.

Myself being an ex-Cadet,  back in the late 80’s I remember talk about purchasing the land and building a new unit on it, well roll forward 28 years we can now finally see it happening.

Since the 70s the Sea Cadets used a small metal building along Fen Lane, many of the ex-Cadets have gone on to serve in the Royal Navy (Myself and sister included) and Royal  Marines, with the majority happy to serve on ships but others finding it better in the air (jumping out of or dangling underneath aircraft) or under the seas, others have gone on to serve in the Army and Royal Air Force also the police and merchant Navy some of which are still serving today, hopefully the new unit can continue preparing for the future of our armed forces.

The old Unit building has served the Cadets well over the years and additional space has been made up using caravans and wooden sheds and a small parade area in between, moving into the new unit would allow all classroom work to be done under one roof with a new larger parade area underneath.

As a Sea Cadet (aged between 10 and 18) the opportunity for
the cadets to gain nationally recognised awards in a number of subjects
including RYA, BCU, DofE, and BTEC all of which would look good on any teenagers CV.

Beccles Sea Cadets work in our local community to give young people access to incredible opportunities and skills, which they may not ordinarily get the opportunity to do, that help them to launch well in today's world.

Charity Registration No. 268768
Find out more about charity fundraising