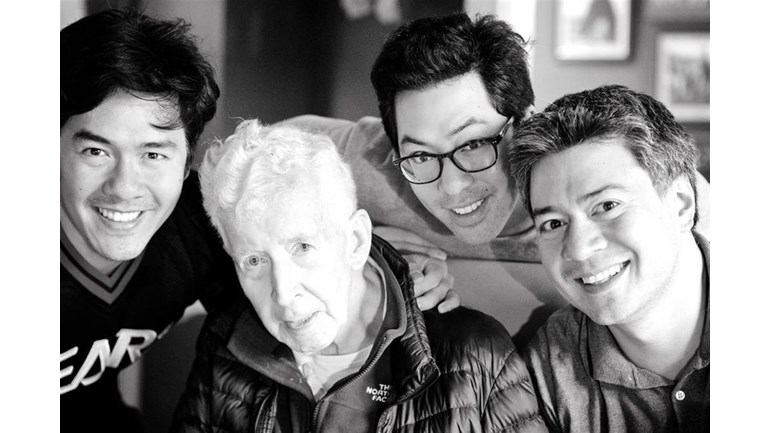 Fundraising for The Cure Parkinson's Trust

On Wednesday 7th August 2019, our dear and beloved father, Simon, went to be with the Lord at the age of 79, a month shy of his 80th birthday. Despite having been diagnosed with Parkinson’s Disease ('PD') some 19 years ago, Dad battled the illness valiantly to the very end.

The way that Dad fought against PD (a currently incurable long-term degenerative disorder of the central nervous system) for nearly two decades, whilst not letting it give him any excuse to compromise his values and be anything less than the gentleman that he was, is a phenomenal inspiration to all of us who knew him. As was said in the services celebrating his life, Dad really was "a devoted husband, the best dad, and the kindest man who left a legacy of love".

Over the years that passed from his initial diagnosis, Dad found that keeping himself physically active by taking daily jogs around Bishop’s Park in London, and playing a mean game of table tennis (especially against his sons) helped slow down the PD degeneration.

In addition to this, he took the fight against PD beyond the individual, seeking a wider cure for the millions of people worldwide afflicted with this as-yet incurable disease. From the beginning he actively participated in raising PD awareness with The Cure Parkinson's Trust, took part in a number of clinical trials to find a PD cure, and was always researching the latest developments in the global scientific community.

The Cure Parkinson's Trust is a great charity that funds projects with the aim to slow, stop or reverse PD, and to transform the lives of those who live with PD. Their research committee evaluates new proposals and analyses research reports from the trials being funded to ensure that the science is robust, progress is effective and results are disseminated rapidly. With ten million people over the world diagnosed with PD, this cure cannot come soon enough.

Jeremy shall be running his first Full Marathon this year in balmy Singapore on 30th November 2019. It's no doubt going to be tough, especially with the heat/humidity double combo as well as sleepless nights as a new father, but as Dad always used to teach us growing up, if you put your mind to it and with God's help, anything is possible!

In memory of Pa’s love of daily runs through the park, Jonathan shall be taking part in the Royal Parks Half Marathon in London on 13th October 2019 – the last time he did a half marathon he said at the finish line he was “never, ever doing that again”. Do come by to support or see his small little world of running pain and struggles!

THANK YOU! We thank you all for the time you took to read this, and for any donations you can give – every penny, cent, pound or dollar helps in finding the cures and treatments needed to transform the lives of millions of Parkinson’s sufferers for the better.