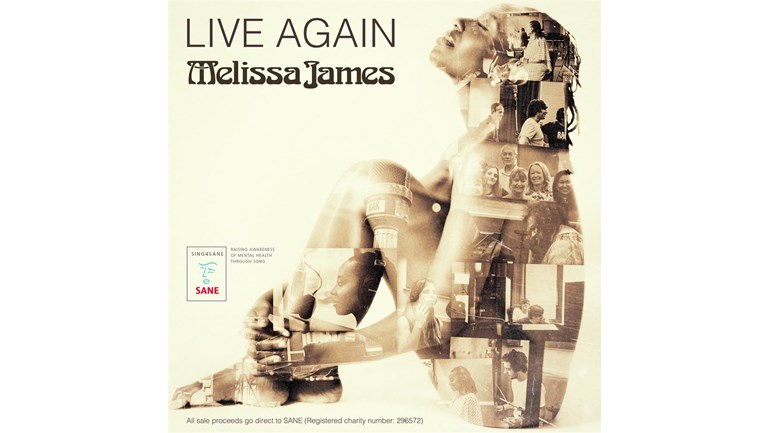 Thanks for taking the time to visit the SING4SANE JustGiving page set up by Melissa James.

SING4SANE is the initiative of singer/songwriter Melissa James and is aimed at raising awareness of mental health illness by uniting people through song.  Melissa calls upon anyone upon anyone who wishes to participate, to join her in singing her song "Live Again" to help unite
people with an understanding of mind ill health and to try to relieve
the mental health stigma.

In August 2016, the SING4SANE project headed to Mickie Most's RAK Studios alongside 27 volunteers who donated their voices to a new recording of the song.

Melissa wrote “Live Again” two years ago, basing it on the situation of someone she knew well who was going through a very mentally difficult time.  It is also an introspective account.  As a result of her experiences, Melissa's eyes were opened to the state of mental health services which led her to feel passionately that drastic improvements to mental health provisions need to be made quickly.  As part of this happening, perceptions of mental health illness also need to change and related mental health stigmas need to become a thing of the past.

The power behind the song is in its vivid description of the mindset of one who might suffer from depression and anxiety leading to feelings of desperation and isolation.  By sharing “Live Again” – in particular via the S4S big sing project – the aim is to help others who might see aspects of themselves in the lyrics.  The bringing together of anyone to sing “Live Again” creates a unity among all and further strengthens the song’s message and the purpose of the S4S project.

The short SING4SANE promo video of Live Again can be viewed on YOUTUBE here:

ALL SALE PROCEEDS FROM THE SALE OF THE SINGLE GO DIRECT TO SANE.

You can order the SING4SANE version of Live Again via:

The track will cost you around £1 to download.  But if you want to go further and donate a bit more to SANE via the SING4SANE Project, go ahead.  Melissa won't stop you and she would love your support.

Most importantly, sharing is caring so please spread the word of the project and encourage others to listen to the single, download it and donate.

Raising Awareness of Mental Health Together