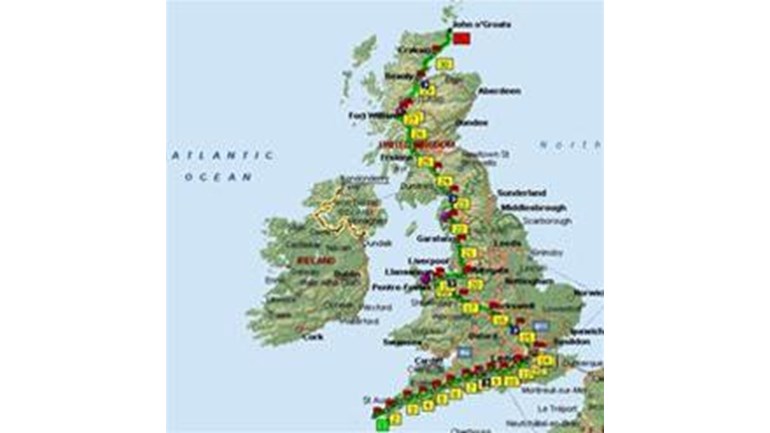 We provide help, therapies and support to help local families affected by cancer

In 1983, I cycled with colleague, Neil Smith, from John O' Groats to Land's End via the 3 peaks. I completed the journey in just 14 days raising £2500 for a local charity. I always said I would like to return to run the same distance on foot.

25 years on, I plan to set off from Land’s End on 1 April 2008 and run to London where I will complete the Flora London Marathon on 13 April.

I will then continue by bike through the Thames Valley passing Birmingham then into Wales where I will run to the summit of Snowdon. I will continue through Lancashire into Cumbria where I will run Sca Fell then on to the Scottish Highlands. I will ascend the last peak, Ben Nevis before cycling on to John O' Groats by the 26th April.

I will complete the challenge by running the Lochaber Marathon on 27 April.

I would like to raise funds for Cancer Care and invite my friends, colleagues or anyone else to sponsor me. This will give me all the encouragement I need to complete this massive challenge that I have set myself. I propose to run the distance unsupported.

For more information please go to my personal website at:

*14/4/08: Due to injury to foot, challenge amended. I will cycle remaining 1000 miles from London to John O' Groats but will still ascend the three peaks on foot and also complete the Lochaber Marathon. This will prove to be just as difficult as I haven't cycled any great distance for many years!

CancerCare help local families affected by cancer and other life limiting conditions living in North Lancashire and South Cumbria. CancerCare services are provided free of charge; possible only through fundraising and generous donations from our supporters.