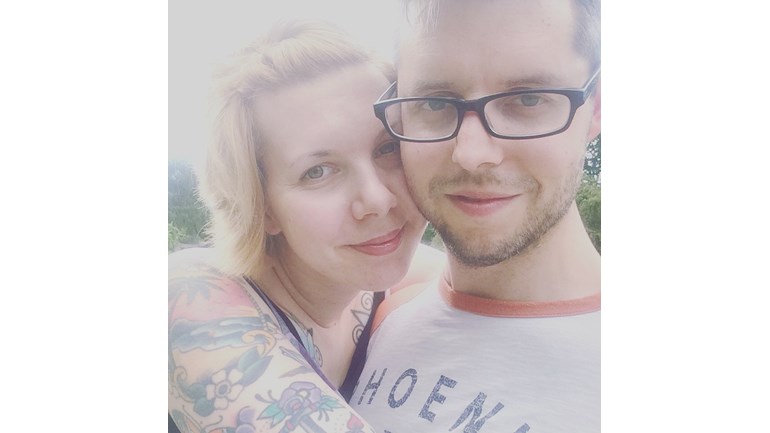 Dan & Christina Climb a Mountain at Night Without Falling Off (Hopefully)

We are climbing Snowdon (big Welsh mountain) for Macmillan Cancer Support because cancer can suck it.

So we are giving it a go. In the dark, which may seem like a silly time to learn to climb a mountain but the whole point of doing something to raise money is that it is not supposed to be easy.

Cancer is a c**t. In fact, there are not enough swear words in the world to accurately describe it. Help us to raise money which goes towards providing help and support for those that have to face it, and donate whatever you can. Thank you :)

If it will help you to give us your monies, here is some trivia about Snowdon to entertain you:-

It is the highest mountain in Wales and the highest point in the British Isles if you don't include Scotland.

Apparently there is a water monster up there (named 'Afanc' in Welsh) and also fairies (The 'Tylwyth Teg'), so we will look out for those. Maybe they glow in the dark.

Snowdon is home to the Snowdon Lily, a flower that is found nowhere else in the British Isles, but you can find it in The Alps and North America.

On a very clear day, from the summit of Snowdon, you can see Ireland, Scotland, England and the Isle of Man, as well as 24 counties, 29 lakes and 17 islands. Knowing our luck, the day we go to the top will dawn rainy and foggy. But we'll see!