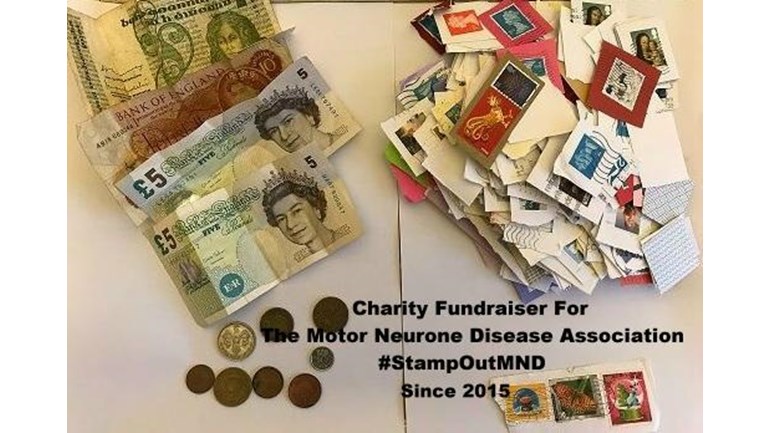 Being told you only have a few years to live is everyone's worst nightmare.But worst of all Hazel is fully aware of this condition that little by little is taking away her life. MND affects two people in 100,000 each year. It is a progressive neuro-degenerative disease that attacks the upper and lower motor neurones in the brain. Hazel says: "It's a very cruel disease and no two people are the same. No-one can tell you how and why you've got it either -- it's awful." A nurse most of her life at Cranage Hall Hospital, near Holmes Chapel in Cheshire, Hazel was used to an active life style before MND stuck. "The effect it can have is dramatic and devastating ," says Leslie aged 79, who married Hazelin 1959, after getting together following a night out at the Ritz dance hall in Manchester.  The couple have two children, five grandchildren and a great-grandchild. "We went out for a drive for some fresh air, but when she got out of the car and started walking we noticed her toes were bleeding, Her feet had just dropped and that was the start of it." Even so, it still took 14 months and several private consultations before a diagnosis of MND was given."We ended up going private, because we didn't feel we were getting anywhere, and that's when they told us it  was motor neurone disease." "They don't know much about the illness, but they don't think it's hereditary , which is good for us, because we have children and grandchildren to think about."Leslie explains: "No-one told us of any help available or what we were entitled to, as it can be  ." Eventually, help did come in the form of Alsager and District Palliative Day Centre, which the couple attended at Church Lawton Memorial Hall each Tuesday.A  lady came to see us and asked what help we had received and we told her that really we had just been left to get on with  our lives.Looking to the future, no-one knows for definite how long Hazel has left, as the disease threaten's to stop her lungs from  working. Hazel and Leslie keep a positive attitude about their situation.

That Was My mothers story Sentinel News 2010

More information can be found at www.stampoutmnd.co.uk Established 2015.

Donations raised will be donated to MNDCheshire to support local people living with the awful terminal killer disease.