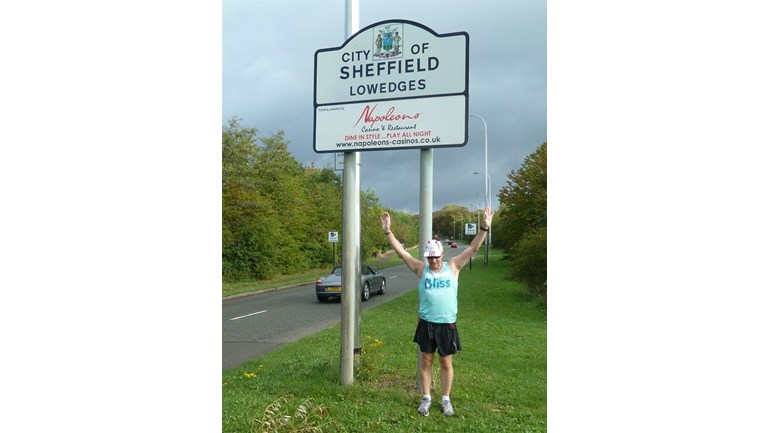 7 years ago my son was born 12 weeks premature and spent 5 very long months in the Neonatal Unit at Jessops Hospital, Sheffield. During this difficult time i became aware of the premature baby charity Bliss. Due to the lack of support in Sheffield my wife later became involved in a local charity linked to Bliss called Sheffield's Little Miracles. I vowed at the time that i would endeavor to support these worthy causes once I could cope with the situation.

Since those dark days I have done all i can to raise money for Bliss. I have cycled from London to Sheffield after discovering a bike in the back of my garage, Kayaked the same route (although it was a bit longer as we had to go via Scunthorpe and there was the small matter of fact that I had never been in a canoe before), and this year on the eve of my 50th birthday in September I am intending to run from London to Sheffield, some 160 miles approx, in the space of approx 8 days.

All monies raised on this page will go to Bliss with also a donation to be made to Sheffields Little Miracles.

Thank you for stopping by and please give generously.

Bliss is the leading UK charity for babies born premature or sick. We rely on donations to fund our work but with one baby admitted to neonatal care every five minutes we don’t have the resources to reach every baby who needs us. Your donation can help Bliss ensure every baby gets the best care.