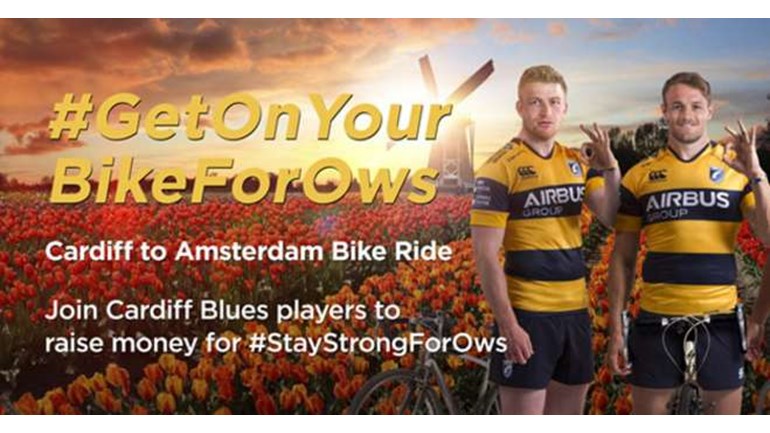 We've biked to Paris! Now we're off to Amsterdam! And we want you to get on your bike for #StayStrongForOws

Dozens of cyclists, including Owen's father Huw, brother Gavin, team-mates Lloyd Williams and Owen Jenkins plus coach Paul John, took to the saddle in June 2015 to ride from BT Sport Cardiff Arms Park in Cardiff to the Eiffel Tower in Paris.

The bike ride was a HUGE success and raised thousands for #StayStrongForOws - and now we're doing it again and heading to Holland!

The 2016 bike ride will depart Cardiff in June 2016 from BT Sport Cardiff Arms Park and arrive at the finishing line in Amsterdam four days later!

Squad members from Cardiff Blues are once again due to take part with all proceeds going to fund care for Owen in conjunction with the Welsh Rugby Charitable Trust.