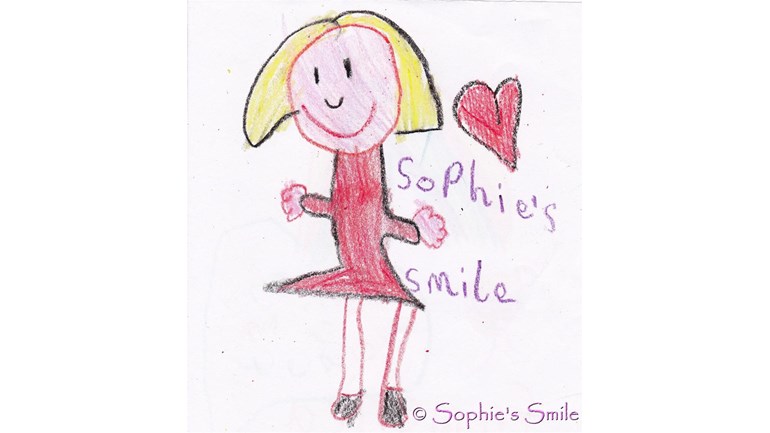 running the Lincoln 10K for Tree of Hope because Sophie and her family are a true inspiration!

We are raising money for a little girl in my village called Sophie .

Sophie is the strongest little lady we know, she shows everyone around her the enormous amount of courage, strength and sheer determination she has through her smile.

Sophie Faith along with her twin sister Erica Hope was born 16 weeks early at 24+2 wks gestation. Their early arrival and further complications led to them both being diagnosed with Cerebral Palsy. Sophie being severely affected with significant medical needs.

Sophie has had a very difficult few years medically which has meant a lot of time in hospital, away from family, support and school. Unavoidably, we feel Sophie has missed out on a lot in her young life up to now. Sophie currently needs a lot of equipment, vital things that will improve her comfort and taking part in daily tasks. Unfortunately for children with disabilities the equipment needed is often ridiculously priced that needing and actually physically purchasing can seem impossible. We don’t like the term bucket list so Mummy & Daddy have compiled a wish list for Sophie which includes various pieces of equipment necessary to ensure Sophie's comfort and inclusion. Ranging from a specific bath support manufactured in America, a power chair, an Acheeva Bed, through to physiotherapy and communication aids. This is not Sophie’s list I might add, I’m sure if you asked Sophie to choose she would happily sacrifice a piece of equipment to Meet Mr Tumble or Elmo! The things Mummy & Daddy have listed are necessary pieces of equipment but these will continue to change as Sophie's needs change and as she grows. We will always need to be replacing equipment and therapy to meet Sophie's needs making her more comfortable and improve her access to things enabling her to join in every aspect of family life without any limitations.

So, about our cheeky girl Sophie..........Sophie’s journey in brief started the moment she was born. 16 wks early and immediately needing to be ventilated. Sophie weighed 1lb 6oz at birth and spent a very long and traumatic 5mths in the NICU.

The following weeks saw many de-sats, tissued canula’s, brain haemorrhage, brain scans, blood transfusions, long lines, x-rays, surgeries, new medications, CPAP, hospital transfers, chaplain visits and many more. The only thing we really knew in terms of diagnosis was Sophie had chronic lung disease, was profoundly deaf and had extraoepia due to her prem birth.

In 2007 we were told Sophie had Scoliosis of the spine which prompted ‘Mummy’ to take a keen interest in Postural Care. Sophie has a sleep system and specialist wheelchair to maintain her body position with the hope that her Scoliosis is manageable and won’t require surgery in later life.

In late 2008 we received Erica’s CP diagnosis, Sophie’s Epilepsy diagnosis and we also had the opportunity to attend a Scope training day around Cerebral Palsy. We were fortunate enough to meet a fantastic Neurologist who we were then able to refer Sophie too. He assessed Sophie and was able to tell us that Sophie’s full diagnosis was severe mixed dystonic and hypo/hypertonic bilateral cerebral palsy – GMFCS level 5. This basically means Sophie needs around the clock 24/7 care.

Although Cerebral Palsy is not a terminal condition the level that Sophie has can be very progressive and life limiting. We’ve been told by many consultants now that Sophie's condition in the end could result in her premature death following respiratory distress. As a mum, a family, that’s very difficult to come to terms with. It’s always in the back of your mind, walking on egg shells every time there’s a bug going round, keeping people away from our house who have a cold etc. Sophie isn’t aware of her prognosis and neither are her sisters, they know Sophie spends a lot of time in hospital but they know Sophie kicks the bugs out and then comes home to play and that’s the way we want it to stay for now. No one knows what the future holds for any of us so we just take each day at a time as we’ve always done and will continue to do so.

In 2009 Sophie had surgery to have a Gastrostomy tube inserted into her stomach to meet her nutritional needs. Sophie was struggling with reflux and aspiration. (Aspiration being where her fluids/food was being swallowed onto her lungs and causing infection.) Because of Sophie’s Chronic Lung Disease it makes her more vulnerable to picking up viruses and chest infections which then requires a hospital stay.  Sophie has had pneumonia several times and more recently a nasty pseudomonas bug.

In 2011 Sophie had Fundoplication surgery (to tighten her Oesophagus to stop reflux) and this is where her health has really taken a toll. The surgery itself went well but for reasons we still don’t know Sophie’s stomach stopped functioning post surgery. She was in a lot of pain and subsequently needed emergency surgery to have a Jejunostomy tube inserted (Jejunosotomy – feeding tube directly into the small intestine, bypassing the stomach.) So from then on Sophie has been attached to a feeding pump 20-24hrs a day, Nil by mouth and having her stomach regularly drained of acids.

In May 2012 Sophie had a lot of problems with her ‘JEJ’ tube which blocked and resulted in emergency surgery and HDU. In November 2012 Sophie was struggling a lot with pain again which we then found out she had another blockage in her ‘JEJ’ but also her Fundoplication surgery she had in 2011 had come undone internally. This was Sophie’s longest stay in hospital requiring emergency surgery and intensive care.

In Feb 2013 Sophie was finally accepted to have the Intrathecal Baclofen pump surgery which has been absolutely life changing for her. Her communication has improved, her stiffness and pain have improved and ultimately the surgery has improved her quality of life.
This may seem like quite a list of diagnosis' & procedures but to us they are merely words and events in Sophie’s life that I felt important you know so to understand Sophie’s journey. In the end Sophie is our daughter, she is a sister, a granddaughter, a cousin, a friend and she is ‘Sensational Sophie’ as named by one of her neurologists!
Sophie has the cheekiest slapstick sense of humour and for the most part Sophie is always smiling but let me be honest all of the above medical needs do have a massive impact on Sophie’s quality of life and for me to see as her mum is absolutely heart breaking. In 2011 Wellchild, the charity for sick children and young people recognised Sophie’s bravery with the Bravest Child in Britain Award. Sophie was very excited to meet Prince Harry! She has this empowering zest for life, she never gives up on and we will never give up on her.

Please, if you can, help us achieve the 'quality of life' our daughter, Sophie needs and deserves.