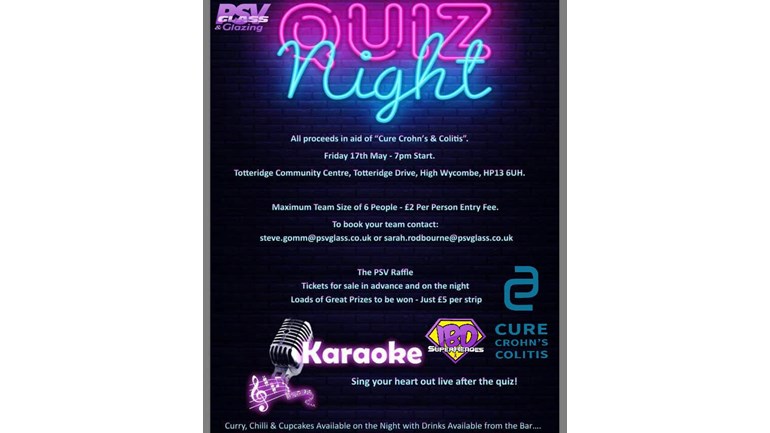 We fund inflammatory bowel disease research to find a cure

I was diagnosed with Crohn's disease in 2008 after being ill for most of 2007 spending Christmas and  New Year in hospital after losing over 3 stone in weight. Crohn's is an autoimmune disease. Your own immune system attacks anywhere in your digestive tract , causing ulceration , bleeding , fistulas , which in turn leads to sickness , diarrhoea and weight loss. I am controlled by medication but over 70% of sufferers end up having an operation to remove diseased and damaged bowel , often leading to a stoma and bag. Even my medication has its own damaging side effects and I have to have blood tests every three months to monitor these effects. At preset my condition is chronic, which means it is life long and there is no cure.

I am very passionate about raising awareness and funds for Cure Crohn's and Colitis because 100% of monies raised goes into research.Every single person at the charity is a volunteer and no one takes a wage.

Cure Crohn's Colitis has the sole objective of raising money to help fund medical research into curing Inflammatory Bowel Disease. 100% of money raised goes directly to the projects we support. All members of the charity are unpaid volunteers and no administrative fees are recovered from donations.

Charity Registration No. SC036559
Find out more about charity fundraising