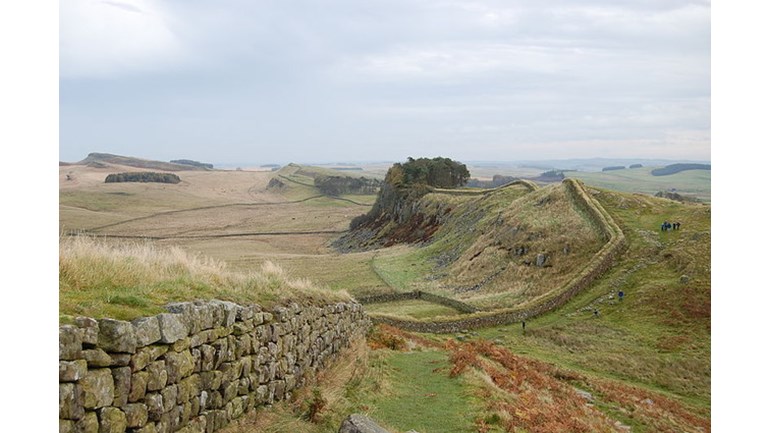 Dear All. Next week is my mothers birthday (March 14th) which means that very shortly afterwards it is that other more painful day when she died from Cancer having suffered from it several times in her last 10-12 years and dying prematurely aged just 62 like her own mother who suffered similarly.

It is nearly 5 years now and though nothing much has changed, it seems like a good moment to do something good.

When Emilia and I first met, we spent our first night chatting until 2am all about going along Hadrian's Wall and this July we are going to do it along with my Uncle Philip.

It is 84 miles from Wallsend in the East to the Solway Firth in the west with the small matter of the moors and Pennines in the middle :-) Most people do it in 7-10 days but due to work, money and some Viking and Celtic DNA, we're going to do it in 5!!!

We're raising money for Cancer Research, the worlds number 1 Cancer research charity. Every single relation I have had, has died from cancer so it is time to kick some ass and in doing so you might help lots of others (including myself) hang around on this planet longer than we would.

So, do it for Mama and for Cancer victims everywhere. And if that isn't enough, do it for me, your Asthmatic friend who spends several months of the year unable to walk across the room without getting out of breath.... so obviously this will be a piece of cake :-)

Apologies in advance if I mention this a few times in the next 4 months. Everyone who donates will also be mentioned on my blog post after the walk which gets 120,000 readers so the whole world will know just how wonderful you are.