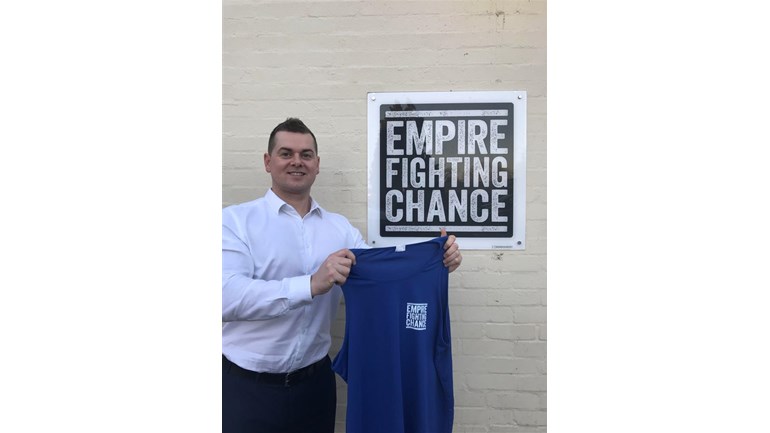 I’ve known about Empire Fighting Chance for a long time and have always admired the work they do with young people in our local area, especially around mental health. Having had friends impacted by mental health issues and having personally known someone who’s been involved, I can really see the benefits of Empire Fighting Chance’s innovative approach to supporting young people.

I’ve done some running before, but never such a long distance. I was inspired when I saw the 100 Day Challenge as it’s the next step up in terms of running, it’s local, and I know how much of a difference it will make to the young people at Empire Fighting Chance – it's a very worthy cause.

Empire Fighting Chance was born on the streets to fight the impact of deprivation on young people’s lives. Our powerful combination of non-contact boxing and intensive personal support challenges and inspires young people to realise their unique potential.

Charity Registration No. 1156690
Find out more about charity fundraising