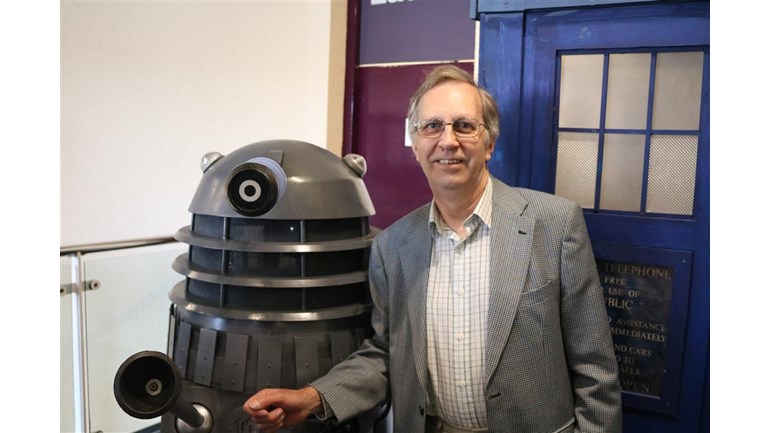 I had been friends with Graham Strong for 25 years, and was greatly saddened by his recent death following a brave battle with cancer.

Our local hospice, St Barnabas House, looked after him in his final few days.

Graham is known to many Doctor Who fans around the world for recording the sound tracks of 115 Doctor Who episodes off the TV in the 1960s. These recordings have been used numerous times in many ways, and will continue to be enjoyed by fans for generations to come.   This is just a way of saying "thank you" for the friendship, and for his generosity to the world of Doctor Who.

Along with my husband Paul, I am taking part in the Midnight Walk in Worthing on June 30th. We are walking in Graham's memory.

Charity Registration No. 256789
Find out more about charity fundraising