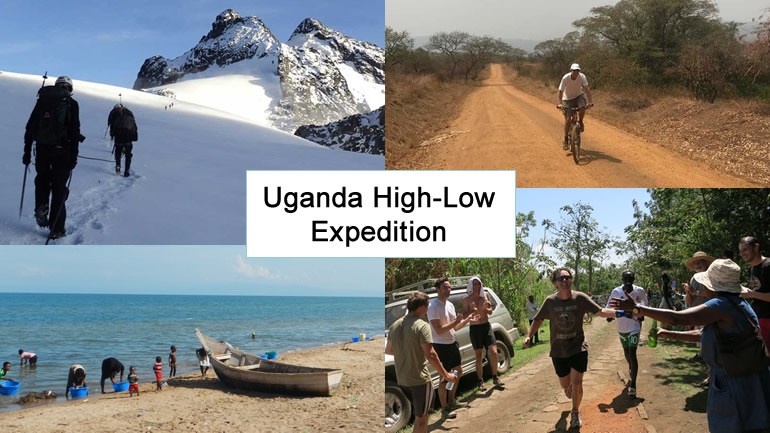 We help Ugandan children with disabilities to reach their true potential

Paul and Beverley Carrick have spent many years working in international development and humanitarian aid, as well as founding and running their own charity, Cause Canada. It was very much out of the blue when they contacted us in September 2017, asking if we would like some motorbikes to support Kyaninga Child Development Centre's community outreach programme. I will admit, that at first, it seemed too good to be true, a scam maybe, but it wasn’t!!! They wanted to bring a group of friends from Canada to tour Uganda on motorbikes, and then donate these motorbikes to us. Amazing.
And that is exactly what they did. Along with 7 friends, they arrived in Uganda at the end of January, picked up their brand new motorbikes in Kampala, and went off exploring the beauty of the country, including the National Parks of Murchison Falls and Queen Elizabeth, and joining us on a couple of community visits so that they could see how the motorbikes would help us in our work, reaching families living in hard to reach villages, on rough and muddy roads.
Since leaving us with the new bikes, our community outreach programme has expanded quickly as we now have 5 bikes able to go out to visit children at home, at school or the local health centres.  What a useful donation and what a fantastic surprise!

But that is by no means the end of the story... a few weeks ago we were contacted again to be told that Bev's brother was coming to Uganda as part of a group called Old Guys in Action, who planned to undertake what they called the Uganda High-Low Expedition.  This involves climbing to the highest point in Uganda, Margherita Peak on Mt. Stanley (5,109m), biking to the lowest point in Uganda at Lake Albert (615m), and finishing off by participating in the 9th Kyaninga Triathlon.  Together they aim to raise $40,000 for KCDC.

Well, obviously I can't just stand by and watch as the Old Guys In Action go through all that exertion on KCDC's behalf, so, almost being an Old Guy myself, I decided to join them on their expedition.  I've done the Kyaninga Triathlon a few times, and I have cycled down to Lake Albert, but I've never climbed the Rwenzoris and it is, I admit, rather a daunting prospect.

I have set up this page for anyone wishing to support me in this endeavour through a contribution to KCDC, and to accept donations in lieu of gifts for my upcoming 40th birthday. My goal is to raise GBP1,250.

Charity Registration No. 1164706
Find out more about charity fundraising