Stacey Elliott
Fundraising for The Christie 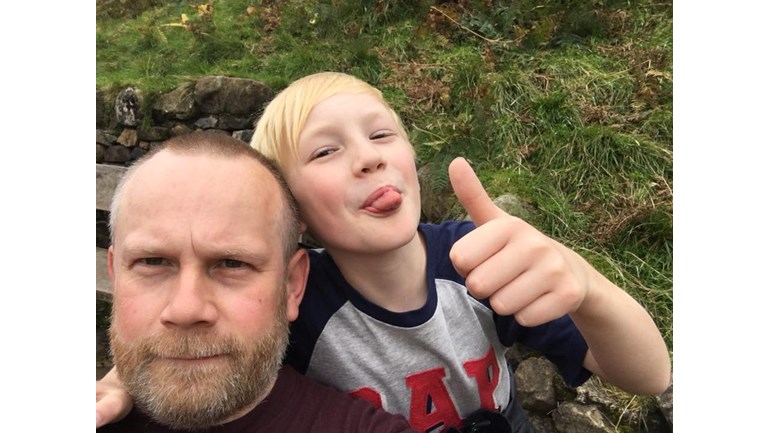 As most of you will be aware, my younger brother Steven lost his fight with cancer on 26 October.  At the age of 43, he left behind his 11 year old son & his twin brother amongst others who are all devastated to lose him.  From a personal point of view, I am finding this a real struggle to deal with especially with other things going on in the back ground & this challenge gives me another focus.

Steven set himself a 10 year plan which then was revised to 5 years, then 1 year & things happened very quickly after that.  However, he wanted to make memories & his last was to book everyone on to a barge trip on Saturday 22nd June which would then be followed by Richard & Steven's birthdays on Sunday 23rd June.  I'm sure he will be with us in spirit if not physically.

The plan for the bike ride is to tie in with the barge trip & Richard & Steven's birthdays.

Scott & I are setting off from my house early Wednesday 19th June heading 310 miles down to Manchester to arrive the evening of Friday 21st June.  We'll be followed down by Mary who will be putting her own training on hold for the week to support us.

For those of you who don't know Scott, we have been friends from the age of about 11 & he is my partner in crime! As well as doing this challenge with me, Scott also did an ultra marathon a few months ago (30+ mile trail run).  Neither Scott nor I have ridden this far before.  The furthest either had done previously was when we did the Rat Race a couple of years ago.  Our training so far has pushed us up to 60/65 miles in a day.  We have just about a month to get up to 100 miles per day for 3 consecutive days!

Steven isn't the only person we have lost to cancer recently & I'm sure you are the same.  This is my opportunity to remember my brother & thank all of the nurses, doctors & staff at The Christie who looked after him.  But, not only that, cancer is something that touches all of our lives.  This is for all of those that have fought & lost the battle, those that have come out on the other side & the people still fighting.

This is also an opportunity for me to spend a few days with Scott putting the world to rights!

If you haven't heard of The Christie Hospital in Manchester, it is one of the largest cancer centres in Europe treating over 40,000 patients a year.  The Christie is the home to the first high-energy NHS proton beam therapy centre in the UK & is known for many world-firsts which have impacted on cancer treatments across the globe.  The Christie also houses the largest single-site early phase clinical trials centre in the world with around 400 trials taking place at any one time.  Supporting The Christie has benefits for us all.
https://www.christie.nhs.uk/