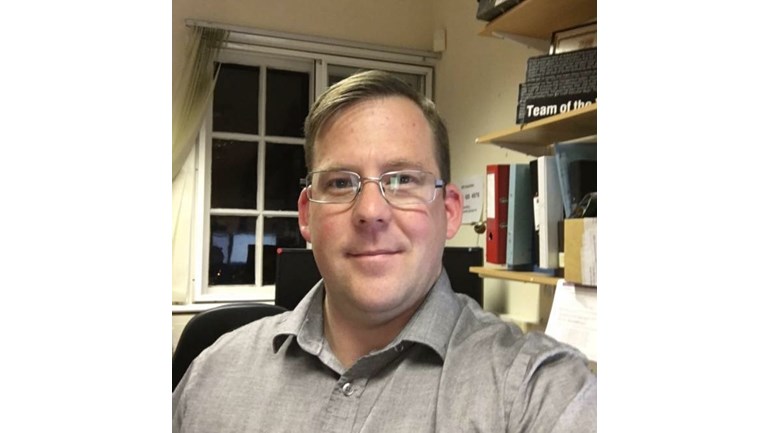 In memory of Steven Hodder

When Steve was diagnosed with Kidney Cancer and Secondary Bone and Liver Cancer in August 2016, we were put in touch with Farleigh Hospice for pain management and support.

As we were, people are aware of this charity, but until you are using their services you don't realise the 'little things' that they do.

The key worker we had was absolutely amazing, not only did she ensure that Steve had the pain management he needed, she also helped him to use it effectively  as he was never one to admit when he needed help.  She worked with him and supported him in his need to carry on with daily life but at the same time helped him see that to be able to do this he also needed to rest and manage his pain.  For those people who know him well you will know how hard this would have been to do. She was always here for us as a family and when we, including Steve, needed honesty about the situation she was more than happy to be honest, which enabled us to understand the situation and make the best of it.  In fact if it wasn't for her, I may not have been there with him when he passed away. When Steve started to rapidly decline, she worked as hard as she could to find a good alternative to Farleigh as there were no beds, and actually she found the perfect place.

But that is not all Farleigh did for us.  They put us in touch with a physio, who worked to help Steve as he wanted to build up his strength.  One of the things Steve wanted from the start of this was a massage and they were able to offer 4 of these, and also gave us information on places that would be able to give him further massages as a lot of places will not do for cancer patients.  The also gave us a candlelit dinner so we could have some time together.  Also they provided any equipment that Steve needed to make life more comfortable.  They offered  support for the boys and myself both during Steves illness and now,

Steve was so positive throughout his illness, and was determined to beat it.  He continued to work until he was in hospital in December and even then was talking about going back to work after New Year.  Even in the final weeks he was determined to build up his strength to allow him to be able to do this.  Even though Steve was this type of person anyway, Farleigh helped him to be able to achieve this.

I have set up this page to allow those  want to donate to allow Steve to give something back to this charity that have helped both him and his family through the last 5 months.

Farleigh Hospice provides hospice care & support to people affected by life-limiting illnesses. With approximately 40% of our yearly running costs funded by the local NHS, we rely on the goodwill of the local mid Essex community to contribute to the £16,039 it costs to provide our services each day.

Charity Registration No. 284670
Find out more about charity fundraising