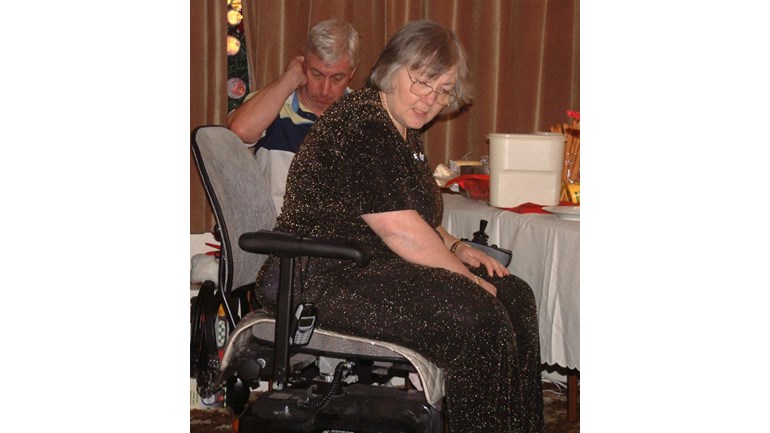 We give information,education, and support to help people with MS to live a full life

For many years, I have wanted to do a parachute jump, but in my normal way, I kept procrastinating.  Anyway, I've now arranged a jump on the 7th July, 2010, at Chatteris Airfield, March, in Cambridgeshire.  I'll be jumping from around 12,000 feet and will free-fall for approximately 45 seconds - and assuming the parachute opens - will then float gently down for around 5 minutes.  I'm told that the only dangerous part of the whole event is the last six inches - if the parachute is working fine then there's no problem.  If it fails, those last six inches hurt!

I chose not to do a 'sponsored' jump as such, but decided that I should pay for the jump myself.  A colleague at work (thank you, Mark) told me about the 'JustGiving' facility, so I thought that if people would like to 'sponsor' me, then I'd like a Multiple Sclerosis charity to benefit.

As many of you will know, in later life my sister, Margaret, suffered greatly from the debilitating effects of the Multiple Sclerosis that she unknowingly contracted in her early twenties.  She only found out that she had MS some 15 years later, while in hospital having her first child.  Margaret gradually started feeling the effects of the MS when she was in her 40's, and ended up wheelchair-bound for her final few years. Sadly, Margaret passed away, aged 55, in April 2004, leaving Reg - her husband of nigh on 25 years, and their two sons, Nick and Chris.

In April 2009, on the 5th anniversary of Margaret's passing, Nick, Chris, my son Andy and I, along with a host of Nick's friends, helped stage a musical theatre show at the Licensed Victuallers School theatre in Ascot, to raise funds for the MS charity.

If you'd like to make a donation, then please accept my sincerest thanks, along with those of the charity whose sterling work helps those who are suffering the effects of MS.  Margaret was a member of the MS Society for a number of years and was grateful for the support and advice she received.

Please don't feel obliged in any way to make a donation.  If you've received notification about this escapade of mine via e-mail, thank you for taking the time to follow the link to this website - and for reading this.  If you are offended at having received the e-mail, please accept my apologies and just delete it.

All the best - and thanks again.

Well the big day has come.  Up at 4 am - arrived at a very cloudy airfield just before 7.  They open at eight.  I was 7th in the queue.  We had our training (20 mins. max.) - then had to wait for the weather to improve.  It didn't!  At 12:20 pm they advised us that the weather was due to get even worse and that there would be no skydiving today.  Arrived back home at 3 pm.

Now I've got to wait for a suitable Wednesday and go through it all again.  The first available Wednedsay is 25th August, so I've booked to do the jump then.  Let's hope for decent weather!

May I say a huge thank you to all who donated before I'd even jumped - I'm most humbled by your extreme generosity.

I will get the jump done, come Hell or High Water and will report back here when it's completed.

Well - the deed has been done!

A glorious blue sky and no wind to talk of. I was in the queue at 7 o'clock again, but this time I was number 13! After a quick re-brief, we kitted up and waited for the first 8 to go off. As soon as had they landed, the instructors picked up another parachute - and away we went. They have a parachute re-packing session after each two jump runs, which gives the pilot a short break, too.

I asked one of the spectators if he would take a picture of me with my camera - and he offered to take some video clips as well, for which I am most grateful (if you'd like to view them, please visit my website - http://sroy.org - and go to the 'photography' section).

Firmly strapped to the instructor, we sat on the aircraft floor between each other's legs. After a surprisingly short take-off run, we climbed to around 10,000 feet (approx. 2 miles high) and the first three victims were evicted. At this point, there's no going back! You are shuffled into the doorway and left sitting on fresh air that's hurtling past you at 100 mph. Your arms cross your chest and hold on to the harness straps during the exit, so that you don't clout the instructor's face in panic! The next thing you know is that you've tumbled out of the aircraft and are now plummeting head-first towards the earth at 120mph. A tap on the shoulder is your indication to 'assume the position' - i.e. spread your arms and legs into the familiar star pattern, which helps stabilise you and enables you to descend in a flat position.

We turned around this way and that so as to get a good view of the other participants' positions and, indeed, of the airfield. After a few seconds, an arm appeared over my shoulder, showing me the wrist-worn altimeter indicating 8,000 feet.

During the free-fall phase, the wind noise is quite deafening and the buffeting on your face is severe. Thankfully, goggles are worn, so at least you can see what's going on (if you're not so scared that you've got your eyes screwed up tight in fright).

At 5,000 feet, after about 30 (literally) breath-taking seconds, the rip-cord was pulled and things suddenly got very quiet and serene. You can quite happily talk to each other from that point, right down to the landing. I was encouraged to hold the toggles that steer the 'chute and turned left and right. Luckily, there were a few 'cotton-wool' clouds at about 2,000 feet, so Mark (my instructor) chose the best-looking one and we steered for it and dropped through. As he said, it's childish but irresistable - and it would be rude not to!

For the landing, you have to put your legs out straight in front of you, so that his feet touch the ground first, otherwise you're likely to end up in an ignominious heap on the floor, with him on top of you, and in a tangle of cords and material. As there was no wind to talk of, it meant we had to keep up our air-speed, which meant a 'on-bums' landing, but that was no problem.

All-in-all, it was a fantastic experience and I wouldn't hesitate to do it again - I'd literally 'jump' at the chance!

May I thank you all once again for your extremely generous donations to charity - it makes me feel even better inside! It would have been Margaret's 62nd birthday on Saturday - she'd be so chuffed that I did this for her.

All the best to you all.

The MS Trust is a charity which works with and for the 100,000 people in the UK with MS. Our vision is to enable people with MS to live their lives to the full. We provide information that is tailored to what people want to know; education for health professionals about what people with MS need; research into better management of MS; support for anyone affected by MS.