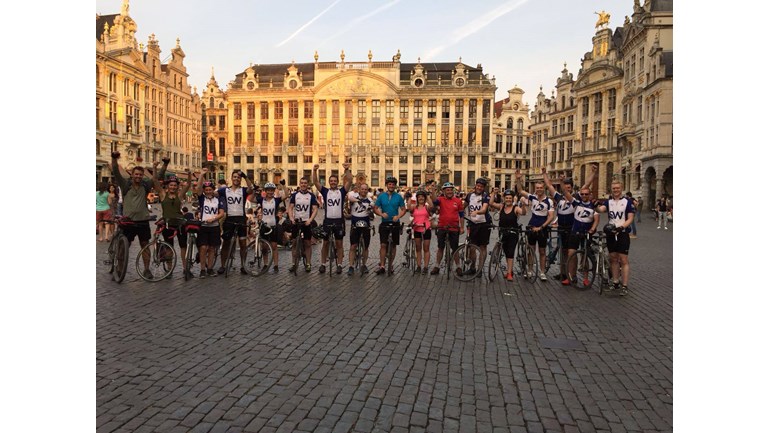 For this years’ Sanderson Weatherall charity bike ride, the team have decided to defy any Brexit gloom and ill-will and undertake a circa 200-mile route from London to Brussels - the ‘de facto’ Capital (apparently!) of the European Union!!

Over three days at the beginning of July, the proposed route will see the team of 20 setting off from London on Thursday 5th July and making their way South East to historic Cathedral city of Canterbury, where they will spend the first night. After an early start on Friday , the group will make their way to catch the Dover to Dunkirk ferry before heading towards the renowned cobbled streets of Bruges for their second stopover. On the morning of the Saturday 7th July, it’s another early start to reach the finish line - 60 miles away, at their final destination and capital of Belgium, Brussels.

This year the team are absolutely delighted to be cycling in support of Marie Curie -  the UK charity that provides care and support to people living with terminal illness, and their families. They will do their very best to raise funds for this worthwhile cause.