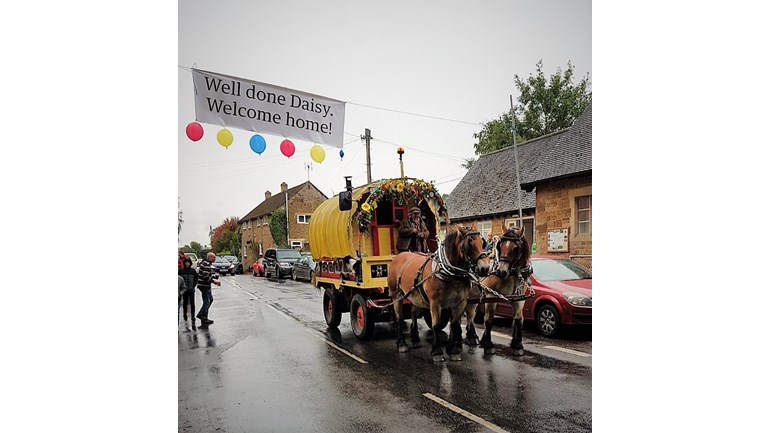 ﻿I love working with my two Brabants Olive and Arthur, and I wanted to aim for something worthwhile, whilst I'm still able.  The tragic local Banbury story of Imogen Whitby caught my imagination, and the idea built from there, travelling north from my home just outside Banbury in Oxfordshire, alone with Olive, Arthur and my lively mongrel Tad, collecting for the Imogen Whitby Fund, which is managed by the Brain Tumour Charity.  The aim is to make the circa 1,000 mile round trip Banbury to The Kelpies and back.  The Kelpies, by Falkirk, Scotland, is a massive monument to the heavy horses who helped shape the foundations of our modern world.  Meandering along our minor roads, is plodding past Edinburgh to Falkirk and back possible?  Time will tell.