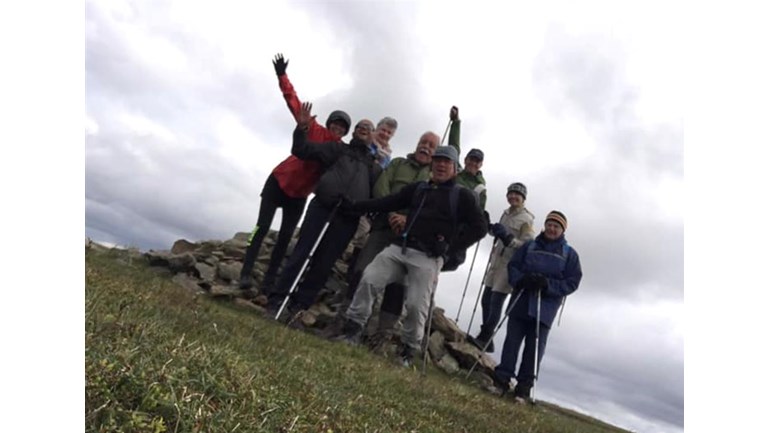 I am climbing Ben Nevis, on the 24th August 2019 for Guide Dogs because I want to support those who have supported me.

Nine years ago my life crashed, not only did I loose my eyesight but a few months later, I got told I had a matter of days to live. The tablets I was taking to stop my glaucoma getting worse was destroying my kidneys and other organs were also failing. I lost my freedom, independence and what felt like my life which included things like my car. Thankfully, just eighteen short months later, my father and brother undertook tests to see if there was a positive match for a kidney transplant. Thankfully, my brother became my saviour and donated one of his kidneys as I had been put on dialysis for three days a week. This was an amazing and life changing gift. I was over the moon when everything went well with the operation, another chance of life which led me to move out of my brothers house and moving into my own home and getting myself back on track.

Gaining a different kind of confidence everyday and growing through the lessons I had learned in life, waiting for a guide dog. I was then told three years later my diabetes was attacking my brothers transplanted kidney. They said I would need a further transplant but this time for the pancreas. However, there was a chance I could loose my brothers kidney and the pancreas transplant may not be successful. The doctors told me that I had a 30% chance of pulling through the operation. At this point I felt like a failure, and was letting everybody down. I felt as though I couldn't look after my brothers transplanted kidney or my own life. I then decided my brother would make the decision of what to do in regards to the transplant because I didn't know what to do, whether I should give up or carry on. My brother said to go though with the operation, regardless of the chances of losing everything again.

Then on December 8th 2015, at 3:30AM I received a call to tell me there was a match for a pancreas transplant. After travelling to Manchester that morning and spending the day in Manchester Royal Infirmary, petrified of what could happen. I was then told that the pancreas that they had for me, was not good enough to be transplanted. We then travelled back to Stoke-On-Trent to be dropped of at home, only to receive a call 15 minutes later, telling me there was another pancreas match so me and my parents travelled back up to Manchester Royal Infirmary, to then receive the transplant at 2AM on the 9th December 2015. After the operation, I was told I would need to remain in hospital for a month, but the thought of not being able to spend Christmas with my family hit home and using this as my inspiration I did everything I had to do to try and shortened my stay in hospital.

Six months later, after a long and painful recovery, I had a letter that asked me to go and walk with a few guide dogs on the 7th June 2016. Where I was to walk with just one dog, and as soon as the harness hit my hand, I knew he was the one for me, I realised that he was my future. But the dream of a dog so amazing seemed like something that was too good to be true. Then after many daily phone calls to guide dogs asking if my dream would ever come true, I decided to give up and not bother ringing anymore on the 25th June 2016, to then get the phone call on the 27th June 2016 telling me that my dream had become my new reality and that me and Vince were a match.

From this day forward, I knew that my life had taken a turn for the better and I couldn't wait to start training on the 19th July 2016 and this is where life truly changed for me and I knew I had an amazing future ahead of me. For the first time in five years, I was not faking a smile, wasn't faking happiness, and I started to feel complete. This bundle of fur and joy walked into my life, and instantly filled the hole in my heart and was guiding me towards a better future. Three short years later, my black beauty has filled me with love, life, happiness, confidence and most of all, independence.

After turning my life around thanks to Vince, in 2018 I was nominated for the Guide Dogs People Awards by a friend and I received the runner up award. Before Vince, I suffered with severe anxiety of travelling on trains, however I conquered this fear thanks to my best friend. Since then, I have accomplished so much such as; traveling to Scotland on my own to climb Loch Brandy and The Snub. My next goal is to conquer Ben Nevis to raise £5,000 in support of Guide Dogs UK. Doing this will give others the same life changing opportunities that I was given, because Guide Dogs really do change peoples lives for the better. They are the angels walking on this earth to help people like us live a normal and fulfilled life.

Everything I have had to overcome and the challenges I have had to face, they have never been my own choices, so I decided that I needed to pick a challenge to overcome, that was bound by my own choices, something that would make me feel like I have accomplished something amazing, something that would allow me to give back to the charity that helped me turn my life around completely. Climbing Ben Nevis will give me the validation and satisfaction of knowing I have done something that will give others the chance to have their life changed by guide dogs like Vince has.

The ability to get around is vital in order to live a full life yet thousands of people with sight loss never leave home alone. We empower visually impaired people to do that and rely on the support of the public to fund the guide dog service.

Charity Registration No. in England and Wales 209617 and Scotland SC038979
Find out more about charity fundraising