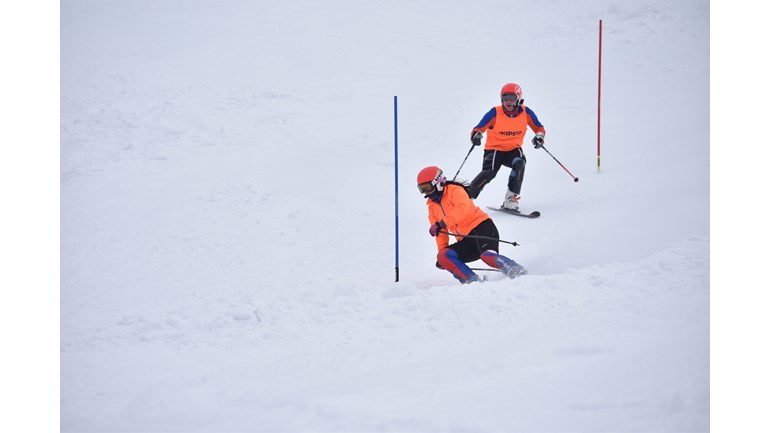 TeamOrangeSki were invited to join the British Parasnowsport development squad in November 2015. Over the seasons Michael has continuously trained and raced to increase his World Para Alpine Skiing (WPAS) ranking. He is qualified and competes on the Europa Cup series and is now looking to qualify for the 2019 World Championships and promotion to the World Cup circuit during the upcoming season.

The ultimate goal of the team is to represent Great Britain at a Winter Games. We have our sights set on Beijing 2022.

Your generous donations have so far resulted in:

To continue their journey and fulfill their potential, Mike and Louise need your help. Almost everything that TeamOrangeSki does is self-funded apart from help received from Disability Snowsport UK, Get Kids Going and Sports Aid.

To give an idea of costs, the average season spend is £25,000.
Therefore any donation received will be greatly appreciated by the team and will go towards funding travel, accommodation and equipment as well as training and race fees for both athletes (full breakdown available).

Taking part in adaptive snowsports has the power to transform a person's relationship with not just their disability, but with all aspects of their life. DSUK is committed to enabling all people to participate in snowsports, regardless of disability, injury or experience.