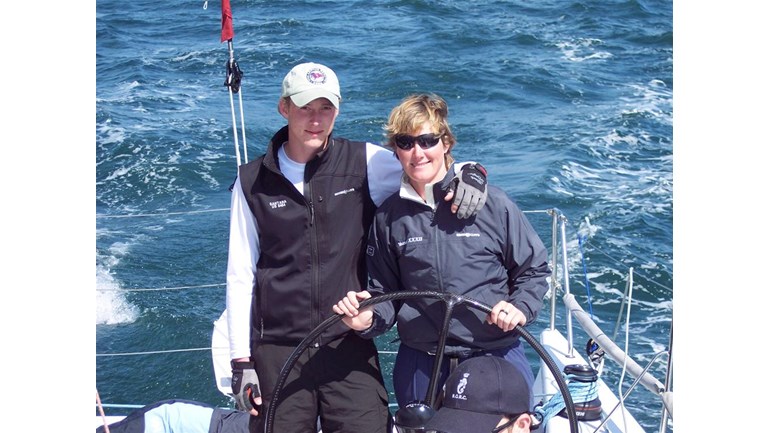 We provide free hospice care in Somerset to over 4.900 people each year

Siblings Myles and Ashley will be departing from Plymouth on Sunday, taking part in the Two Handed Shetland Round Britain and Ireland Race.


The Royal Western Yacht Club - the hosts - describes the race as:

Started by the Royal Western in 1966, the Round Britain and Ireland is one of the International classics of short-handed sailing, and over the years has attracted the great names. The course is clockwise around all of Great Britain & Ireland, and there are compulsory stops of 48 hours at Kinsale, Barra, Lerwick and Lowestoft where the hospitality is legendary. It is always a terrific test of endurance and seamanship, and not for the faint hearted.

The race will take around a month, and we will sail around 2000nm, on a 30 foot race boat. Hopefully without too many family arguments. There are 59 other boats racing, and we hope to push for a great result.
We have decided to sail the race in aid of St Margarets Somerset Hospice. Our Uncle John is currently in the hospice with a brain tumor, and is benefitting greatly from their care.
John is a truly special man, who was fit and healthy up until 6 months ago. He was recently invited to Buckingham Palace for a garden party, in recognition of his devotion to packing and sending parcels for Royal Marines fighting in Afghanistan. These parcels brought great solace and comfort to troops risking their lives, and he sent at his own personal cost over five thousand, with the aid of the local Cadet Force. He is a good, kind man who has had a fascinating life and has an uncanny ability to fix or build anything. He was never seen out of the house without a cravat!
John was diagnosed with the brain tumor, only a HOW LONG, during which time his health has deteroitated saddingly rapidly.
In recognition of the Hospices' efforts to make his last weeks comfortable, we would welcome any donations. At the end of the race we shall inform everyone of how many miles we have sailed. Pledges for a certain amount per mile would be welcome, or any small tokens would help too
Thanks, and we do hope you will support this cause,
Ashley and Myles Perrin

St Margaret’s Hospice has been at the heart of Somerset’s community for over 40 years, delivering high quality, responsive and compassionate care to patients and their families facing a life-limiting illness.