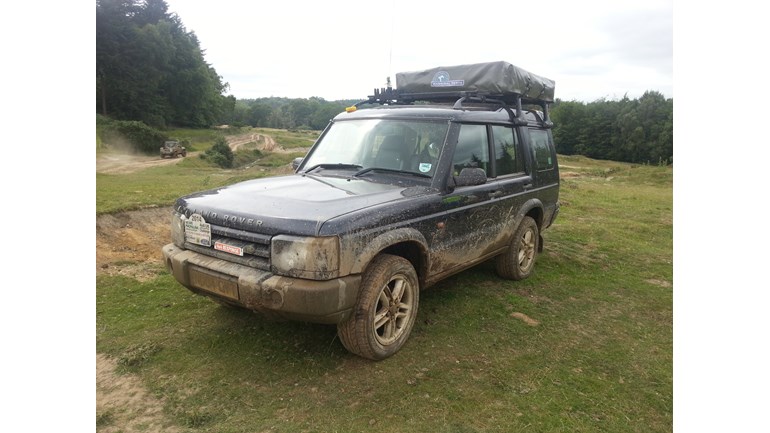 We're taking part in the Macmillan 4x4 Challenge for Macmillan Cancer Support because it's time to give something back - again..

Just before Christmas 2012, while my previous teammate and I were preparing for the 2013 Macmillan 4x4 Challenge, my father lost his battle with bladder cancer.

This year I have a new teammate, but the causes of us being there are the same.

Jointly we've seen friends & colleagues suffer in the last couple of years to cancer. Some have survived their encounter, others have been less fortunate.

We expect the list of names to grow further.

In both our cases, and for the other families affected, Macmillan have played a significant part in care of those receiving treatment, and helping the families understand and cope. They have provided support in a way that's immeasurable, and been a beacon of peace in turbulent times.

However, over 98% of the income for Macmillan is from fundraising, and they can only help as they have done if they continue to receive donations. We would like for that service to be available to others, hence why we're trying to get the word out.

If you could please see your way to donating, just a few pounds will help. Of course, if you could have a whip round in the office, or a coffee morning, or something similar to spread the word and source extra donations, that would be awesome.

It costs Macmillan £900 to provide 20 hours phone support, something that I personally found incredibly useful just from the view of 'what the heck happens now?' In the previous attempts on the Macmillan 4x4 we've raised nearly £3000, this year we want to keep up that momentum to allow support for others in the manner we used it. Collectively the various teams in the Mac 4x4 have raised over £1.2 Million, and enabled Macmillan to maintain their activities.

We sincerely hope that you'll never have to use the resources that Macmillan provide, but you might be able to help someone else today, who's life has just been shaken around.

Go on.. hunt down the back of the sofa and donate the coins! (we can't use the dust bunnies)