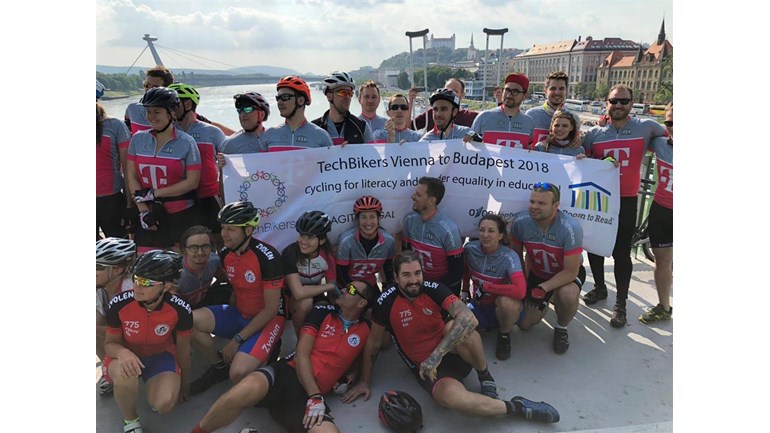 I am cycling from Paris to London (again!) for Room To Read because all children should have access to education <3

This will be my 4th TechBikers ride!

More bikes means more money raised for Room to Read, which in turn means more happy faces like these:

If every child received an education, 170 million people would be lifted out of poverty!

In July, I will drop my laptop and get on a bike, cycling over 300km with 65 other riders from Paris to London with TechBikers - all to raise money for Room to Read!

Please support me with however much you can give. None of this money goes to me, I've already paid for my ride. :) This is all for charity!

Why? To support Room to Read's work on a cause I strongly believe in: providing children with an education.

Focusing on childhood literacy is one of the most effective ways to improve living standards across the globe.

WHERE WILL MY DONATION GO?

All your donations will go straight to Room to Read, who have received the coveted Four Star Rating from Charity Navigator nine(!) years in a row. Funds will be used to build schools or libraries in developing countries such as Nepal or Tanzania. Funds go where the need is greatest.

In 2012 TechBikers launched in London as a means for the tech community to put down their laptops and pick up a bike to support charity, network and share ideas. The goal is to help children in need by supporting literacy charity Room to Read. Since 2012 over 350 tech professionals – including start-ups, venture capitalists and executives – have cycled 1600km between Paris to London to raise over € 300.000 for this fantastic charity.

This year, TechBikers is going international with rides across central and Eastern Europe.