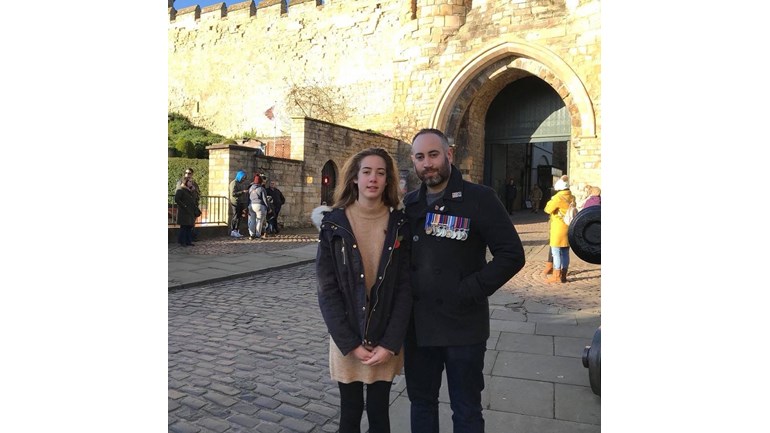 We provide support to veterans from every service and conflict

Thanks for taking the time to visit my JustGiving page

I joined the Army on the 17th August 1999. and on the 24th July 2017 I was medically discharged. My career within the Royal Army Medical Corps was over.
I have deployed on operational tours in Macedonia, Iraq, Northern Ireland, Afghanistan and Cyprus as a combat medical technician.
For years I struggled with mental health problems with what I saw in these countries, the casualties I treated and saved and those I couldn’t save and fighting against the enemy. But I fought on and tried to get over it as I’ve always been a strong character.
In November 2014 I finally succumbed to these problems after having a breakdown and I was diagnosed with PTSD and a separate diagnosis of clinical depression. 3 weeks after leaving the Army I ended up in a mental health ward as these illnesses almost cost me my life.
I would like to raise as much money as I can for this worthy cause by walking 16 miles from RAF Cranwell, where I was last treated, to Lincoln Cathedral. I want to help others get the help they certainly deserve.
Any donations, big or small will be greatly appreciated.
I thank you in advance. #TeamCombatStress #MarchInMarch

The UK's leading charity for veteran's mental health. For almost a century, we've helped former servicemen and women deal with issues like trauma, anxiety, depression and post-traumatic stress disorder. Today, we provide support to veterans from every service and every conflict.

Charity Registration No. 206002
Find out more about charity fundraising