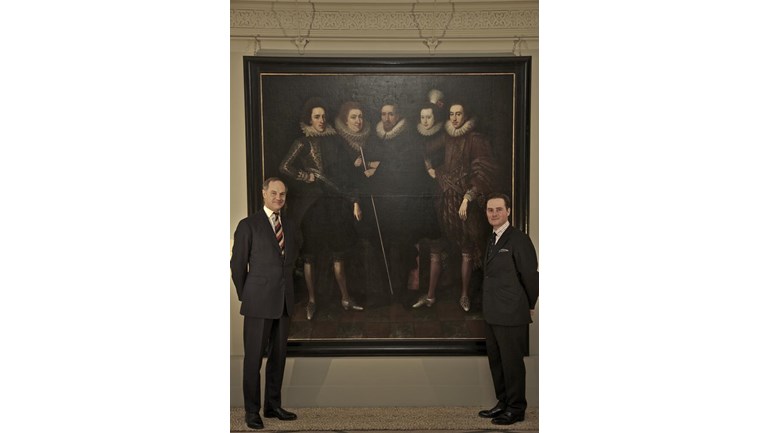 We provide support to veterans from every service and conflict

For ease of administration all money raised through Just Giving will be paid to Combat Stress who will share the proceeds with the Light Dragoons Colonel's Appeal.

Between 25-28 March 2011 Ewen Cameron and Neil Cross will attempt to ride the 400 miles from London to Edinburgh. We aim to replicate the ride of Sir Robert Carey, who in 1603 took the news of the death of Queen Elizabeth I to her heir James VI of Scotland. His journey took three days. Much of the route that he took is now motorway so we will follow an alternative, longer route using bridleways and minor roads and aim to reach Edinburgh within four days. We will use a total of 160 horses provided by friends and supporters.

The money raised from your donations will go to Combat Stress for the care of veterans suffering from mental illness as a result of their operational service. It will also go to the Light Dragoons Colonel's Appeal. It wil give enduring support to Light Dragoons wounded on operations or in regimental service, to their families and to the families of those killed in the line of duty.

For further information about the Ride please see our website www.greatnorthride.co.uk.

Donating through Just Giving is simple, fast and totally secure. Your details are safe with JustGiving – they’ll never sell them on or send unwanted emails. Once you donate, they’ll send your money directly to the charity and make sure Gift Aid is reclaimed on every eligible donation by a UK taxpayer.

The UK's leading charity for veteran's mental health. For almost a century, we've helped former servicemen and women deal with issues like trauma, anxiety, depression and post-traumatic stress disorder. Today, we provide support to veterans from every service and every conflict.