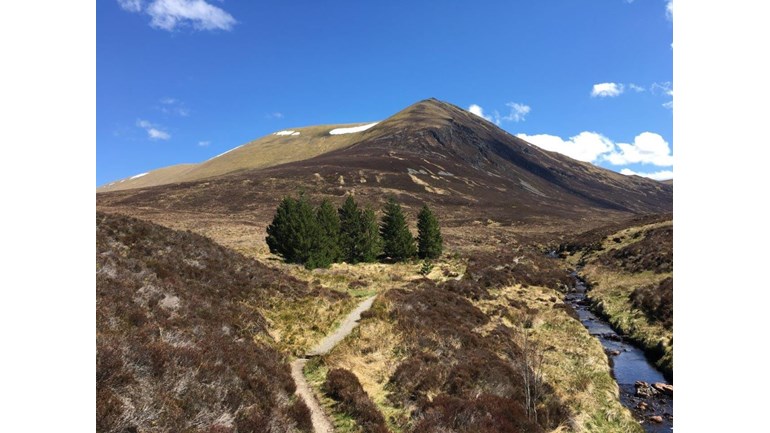 We provide wigs to children with cancer to restore their confidence and identity.

OCTOBER 2019 UPDATE - with the total raised stunning yet a bit short of our original target all Portrayal animations will be paid over 100% until we reach the original £500 planned. A huge thanks to those that have supported us so far.....

AUGUST 2019 UPDATE - we got within 1/2 a mile of the top and the view was absolutely stunning. Really unable to get any further however that doesn't mean we won't have another good crack at it at a later date!

Shane - the 51-year-old gobby stupid one that came up with what now seems such a ridiculous plan having managed to climb something less than a quarter of this one in distance, what a plank!


Tracey - the one that won't let me forget and, with her support will ensure that somehow I do (or die)! The one that'll get us up early, pack some tic-tacs and flip flops and give piggy backs to any that flounder.


Callum - 17 years old and my pacesetter, he'll plod along and get there and as long as he keeps going I know I'll not quit as I wouldn't live it down if he got further than I can! I've told him there's a hut with an xbox in at the top. Guess it will be too late by the time he finds out!


William - 12 years old with the attention span of a fruit fly. Navigates in the same manner as a mental dog on an open beach. He'll probably clock up a million miles running off running back and then standing in the distance laughing at the rest of us. The bringer of entertainment, the one I'm most likely to throw off the top!


SO WHY THE LITTLE PRINCESS TRUST?


A while ago we received hugely challenging news from friends about the personal journey they and their young son are on and that made it easy for us to decide on a charity we wanted to support. The stupid man that is me at times made a comment last year that, having managed to climb a one-mile hill it'd be interesting to set our goals somewhat higher with the hope we could get some support for a charity. Tracey never forgets, so next month we are having a crack at a 8.75 mile mountain walk in Scotland in order to support The Little Princess Trust.


THE LITTLE PRINCESS TRUST provides real hair wigs free of charge to children and young people up to the age of 24 that have sadly lost their own hair due to cancer treatment and other illnesses. The Trust relies solely on the efforts of enthusiastic community fundraisers. They receive no formal funding.


We would like to raise money so that The Little Princess Trust can help more families in the hope it makes their journeys just a little easier.

Over the years we've raised quite a reasonable amount in various ways and the Little Princess Trust is the only charity that has personally contacted us, thanked us and offered us support in our ventures. That goes a long way with me and I'm therefore very pleased to try to help.


MY JOURNEY SO FAR - In February 2018 I weighed in at a little under 28 stone. I never thought I was anywhere near that weight. Having had my own challenge with the C word a few years ago I'd struggled and kind of let myself go and I didn't realise how unfit I'd become until I attempted to walk up the Fyrish Monument hill during 2017. It's only considered to be a "easy" one yet I managed only to get a quarter of the way. I decided then that I would go home, lose some weight and then have another crack at it during August 2018. At that time I'd then lost around 4 stone and although I didn't find it easy the family including myself made it to the top.


WHAT A FEELING - to get to the top, enjoy the stunning views and that real sense of achievement. To be able to see such a difference in a year and, having raised nearly £800 for charity at that point, Tracey and myself had the idea that this year we should up our game and have a go at the mountain which we see in the distance from the bedroom window in the cottage we stay in at Strathpeffer.

Walking a few hundred meters to the local shop and back 18 months ago was mostly sponsored by the blue inhaler and much heavy breathing! The inhaler has been relegated to the back of a drawer somewhere and I'm now walking much further each week when the weather permits. Distance is getting easier but being a Norfolk dweller we have no local hills so the mountain really is going to be a massive challenge for us both.

THE MOUNTAIN AND A FEW STATISTICS - Ben Wyvis in Scotland is a vast and sprawling mountain whose isolated position makes it a dominating feature over a wide area of the highlands. There's an easier ascent initially through a forest followed by a much steeper ascent to An Cabar. In comparison, our previous hill climb was a 1 out of 5, and only a quarter of the distance required to ascend and descend this 3 out of 5. "Terrain will be steep, map reading skills essential, one of the more straightforward pathed Munros (mountains)".


Starting 590 feet above sea level, with a distance of 8.75 miles (14km), in summer conditions the average walker would be expected to take around 5.5 hours to complete.  An ascent of 2,900 feet should make this one quite challenging for us flatland dwellers with the longest uphill stretch being 2.63 miles and a summit peaking at 3,402 feet. There's a short joyous maximum gradient of 50% - FIFTY PERCENT! and this is the point that I mentioned to Tracey we could be in trouble but, being a hardy northern lass she decided we'd be fine as long as we take plenty of Lucozade, anti midge spray and proper sturdy flip flops!

We can't of course guarantee at this point we will get to the top however we are both pretty stubborn and when it's in support of a good cause we always seem to find that bit of extra oomph needed when bits start to hurt and blisters start to pop. I do know that we can promise anyone kind enough to sponsor us that we will both have a damn good crack at it. Date can't be set accurately as the weather will play a massive part however this will take place during August 2019 while we are in the area on holiday. The plan now is to knuckle back down to the Slimming World plan  (having left it far to late to get back to my lowest so far) and wing it.


A massive thanks in advance for anyone that can help and, Any amount however small will be appreciated and I know when I'm 15 feet from the bottom with all those miles to go the sponsorship will give me the drive needed to dawdle my way up to the pointy bit at the top!


One deep breath and a decent rolly polly down will ensure I arrive back at the bottom at some point (I hope)........


Information sourced from www.plotaroute.com and www.walkhighlands.co.uk, both sites I use a lot and WELL worth a visit!

When a child loses their hair to cancer, we'll be there with a free, real hair wig to help. We won't stop until the research that we fund ends childhood cancer forever. Please visit us at www.littleprincesses.org.uk to find out how you can help influence the outcomes of childhood cancers.

Charity Registration No. 1176160
Find out more about charity fundraising