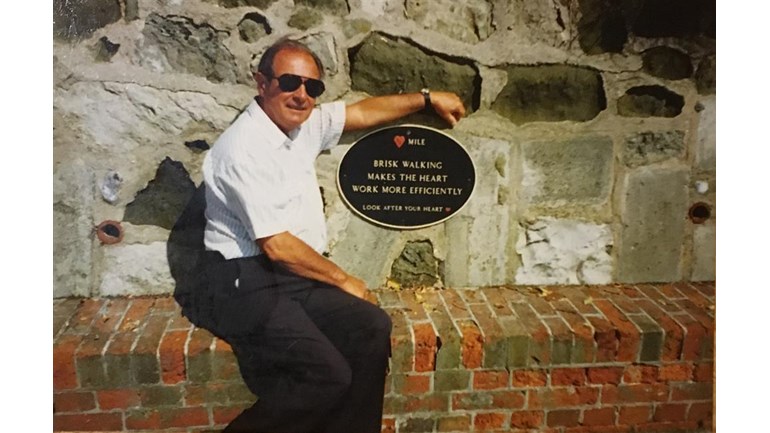 Raising money in memory of Thomas William Lewis for British Heart Foundation because it was a cause close to Tom's heart.

Much loved father of Jacqueline, Gary, and Alison, a devoted grandfather and great grandfather.

Thomas William Lewis was born on the Downham Estate on 11th August 1932 and his political views were very much defined by his early experience of World War II, class prejudice and the poverty and deprivation of the 1930s depression.

Thomas William Lewis was a devoted internationalist, socialist, and trade union leader. Former Secretary of the National Union of Public Employees, 60 year member of the Vauxhall Labour Party, and former head of Scientific & Technical staff at Brunel University (1965-1970) and The London College of Printing (1970-1988).

Thomas was a humanitarian and some his greatest charitable work was in his founding of The Friends of Vauxhall at Vauxhall Methodist Church. The group would work in their free time at weekends delivering meals, decorating the homes of the elderly, and often organising trips for the Barnado's orphans and underpriviliged children from the local area to places of interest in London and the south coast, namely Brighton and Margate.

He was a talented and inspirational mentor to young people in Lambeth and devoted to improving the quality of life for others, especially surrounding their working conditions and salaries. His charitable and encouraging spirit changed the lives of many for the better, leaving a great legacy for his children, grandchildren, and great grandchildren to follow.

In this same spirit any donations given in his memory would be greatly appreciated, The British Heart Foundation is close to all the hearts of the Lewis family and Tom would be proud of the support shown to this very worthy cause.