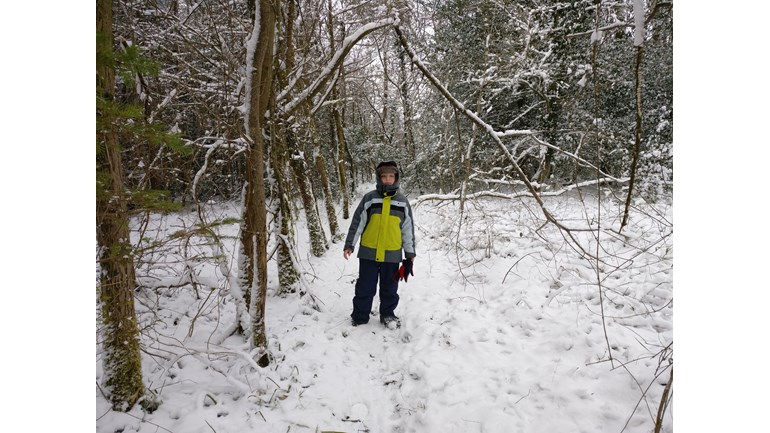 In memory of Tom Walker

Are you ready to take on the highest peak in South Wales and help fund cutting edge cancer research happening here in Wales? The Brecon Beacons Night Hike is here!

In February 2018 Tom's grandfather found a leaflet about hiking in the dark up Pen y Fan, the tallest hill in South Wales, and raising funds for Cancer Research Wales. Tim, Tom’s father, had got a new pair of walking boots he needed to wear in. Tom wanted to get fitter so he could be a rowing cox.

We were hoping to do a sneaky trial run on Sunday 18 March - in the daytime - but the mini beast from the east put a stop to that with a forecast of 50 mph winds at the summit and a temperature that feels like -20C.

We completed the walk as scheduled on Friday 23 March in the rain, snow and fog - we were among the first groups down. Tom found it hard but he carried on with lots of encouragement, despite being the youngest participant.

Sadly Tom fell ill on Monday 28 May and after just over two weeks of slow decline with a range of conditions he was diagnosed with acute myeloid leukaemia on Wednesday 13 June. His condition rapidly worsened while he was having an operation on Thursday 14 June and he died after returning to intensive care that afternoon. His leukaemia became very aggressive in the last 24 hours and overwhelmed first his kidneys and then his heart.

Debbie and I hope he is now in peace. He was so brave but his poor body couldn't win the fight.

Are you ready to take on the highest peak in South Wales and help fund cutting edge cancer research happening here in Wales? The Brecon Beacons Night Hike is here!

Cancer Research Wales funds cutting edge research in Wales into the early diagnosis, better treatment and preventatives of cancer. It's world leading, and it's local. We give hope to cancer patients and their families.

Charity Registration No. 1167290
Find out more about charity fundraising