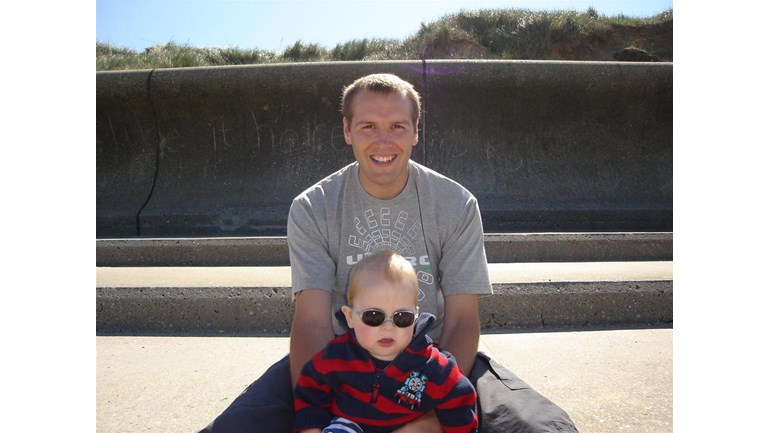 Way back in June 2007 my wife gave birth to our adorable son Benjamin (see picture).  Within 2 hours of being born it was discovered that Benjamin had bi-lateral cataracts it wasn't until the next day that it became apparent that he possibly had Lowe Syndrome.  Lowe Syndrome is also known as OCRL (Oculo-Cerebro-Renal) syndrome.  The syndrome is caused by a DNA mutation - a single defective gene on the X-chromosome - that results in the lack of an enzyme. The mutation can occur without any family history (a spontaneous mutation) or may be inherited through the mother. Babies are born with bi-lateral cataracts, hypotomia (muscle weakness), kidney problems (wasting of essential nutrients) impaired growth, intellectual impairment and later may suffer brittle bones, arthritis, rickets, epilepsy (seizures) and behavior problems (autistic spectrum disorder). Many also have cysts and dental problems.

As the months went by he had his cataracts removed at 8&9 weeks old and now had a peg into his stomach for feeding (lowes children struggle to thrive).  On top of these problems he also has problems with his kidneys which means that he has supplements in his food everyday.  Benjamin is a happy little boy but due to having Lowe Syndrome he will probably not live into his 30's and may always need constant care (which his dedicated mum provides everyday).  He has learning difficulties which coupled with low muscle tone means that the development of his mobility is delayed meaning he may never walk or it will take longer than most children.

Last year we managed to raise £6000 by cycling from Holyhead (Wales) to Cromer (Norfolk) in 3 days.  So now myself and 4 colleagues have raised the stakes by attempting to cycle from Lands End to John O'Groats. We are all very dedicated to raising money for the Lowe Syndrome Trust and will strive to reach our goal.  The event is planned to take place May - June 2011 and we hope to do it in 9 days averaging 100 miles a day.

The Lowe Syndrome Charity is run by parents for medical research for Lowe Syndrome (& Dent's disease) families. Babies are born with multiple symptoms including cataracts in both eyes, failure to thrive, weak muscles and bones, kidney problems, cysts & autism.