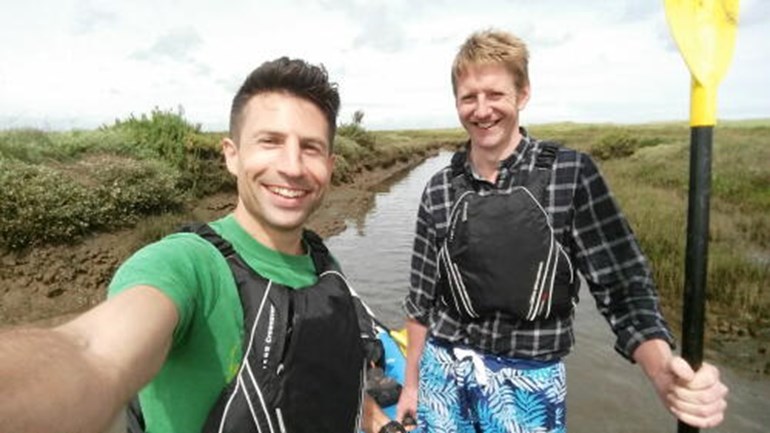 Tom and Toby's Round Norfolk Quadrathlon

On the 14th March 2013 our first child, Henry, was born in the Norfolk and Norwich hospital. Within about 20 minutes the midwives realised things weren’t as they should be. From there everything happened very quickly and in another 20 minutes I was watching as his oxygen saturation levels continued to fall to a low of 45% (normal is over 98%!)

My wife and I will always be eternally grateful to the whole team within the neonatal intensive care unit and for the amazing facilities and equipment that were instrumental in his immediate, life-saving care and then in ensuring his slow but steady recovery.

We later found out that he had a condition called persistent pulmonary hypertension of the neonate. This means that his lungs didn’t inflate as they should have done and as a result the blood bypassed his lungs meaning that no matter how much he tried to breathe he didn’t absorb any of the oxygen into his blood. Thankfully, he made a complete recovery and is now a very energetic little boy!

Ever since then I have had it in mind to do some sort of athletic challenge in a bid to raise money for this incredible facility as a way of showing my gratitude and to enable them to help other families in the future.

My friend and colleague, Toby, was the only person I could think of who would be foolish enough to accompany me on this trip and also has strong links to the Jenny Lind Hospital. His son, Jesse, was admitted for breathing difficulties at 6 months old and found to have osteomyelitis and pleuritis- infection of the bone and lining of his chest. Jesse was a regular to the Jenny Lind for the next 6 months of his life, but has made a full recovery since then. Like myself Toby wanted to raise money for such a fantastic charity so they can continue to help others like they have done for both of us.

We thought long and hard about a fitting challenge and have decided to circumnavigate the county of Norfolk by swimming, canoeing, cycling and running. All in the all the route will be around 240 miles, we will be camping en route and hoping to complete the trip in around four and a half days.

We are training hard, and will be very grateful for any donations you would like to give, they are a good way of motivating us to put in the hard yards now in preparation for the harder ones to come!

Whilst the NHS provides the necessities, our hospital charity funds projects that make the hospital experience a better one for our patients, visitors and staff. We understand that you may want to donate towards a specific ward or department. Please tell us this when making your donation.

Charity Registration No. 1048170
Find out more about charity fundraising