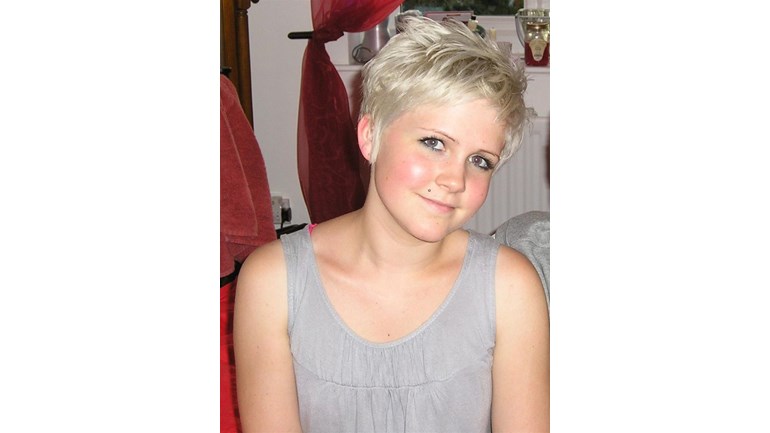 Many of you know that Kez was diagnosed with a very rare cancer in her neck in March 2010. She had 3 options open to her. One of these options was to have just about everything in her neck removed which would leave her permanently with no voice, a tracheostomy and swallowing problems. Some of the cancer would have to remain. Her cancer isn't receptive to chemo or radiotherapy. The second option was palliative care which would have meant the cancer would continue to spread via the nerves in her body. It's likely she would have become blind, been paralysed, unable to eat and drink and have breathing problems. It would have resulted in an horrific death. There was a third option which had never been tried before in conjunction with cancer. This was to have a windpipe transplant. Kez chose this option, fully aware that she was a guinea pig, but prepared to give it a go, believing she had nothing to lose. After a 14 hour operation in Italy, the cancer was totally removed and the new windpipe transplanted.

However, there were complications from the surgery which didn't become apparent for some time. Kez spent weeks at home, then weeks in hospital for one reason or another. In April 2011, she lost the blood supply to her new windpipe and it died. A very clever surgeon was able to design a stent that would allow her to breathe until a more permanent solution could be found.

In September 2011, Kez had a further transplant. It was scheduled to be one of the biggest operations the hospital had ever performed. However, on the day, again due to the amazing skill of one surgeon, a 10 hour operation left her with just a 4" scar in her neck where a new graft had been placed giving her back her windpipe. Everything appeared to be going very well and Kez returned home. She ended up back in hospital a couple of weeks later in November 2011 after her tracheostomy blocked off. She was unable to breathe and pulled the tube out, effectively saving her own life. However, she was unable to replace the tube and almost lost her life, not for the first time by any means.

Once back in hospital, a chest infection developed. This cleared and was replaced by hospital acquired pneumonia. It looked like it was clearing up, antibiotics were stopped but it came back with a vengeance within 36 hours. On Monday 9th January 2012, we were given the news that the new graft had separated at the bottom end , there was nothing more that could be done and Kez wasn't going to recover from the pneumonia. The news travelled quickly to family and friends who dropped what they were doing to get to London so they could say goodbye. Thank you, every one of you, for caring enough to do that.

Kez was amazing. Being given permission to stop fighting was, I believe, a release for her. She knew where she was going and the only fear she had was that she was going to suffocate, which, of course, she didn't. Every time someone new entered her room, her face lit up with her beautiful smile, she mouthed 'I love you' and gave a little wave. She didn't shed one tear despite everyone around her being so choked up they could hardly speak!

8 of us stayed at her bedside during the last hours and minutes of her life. She went very peacefully and very quickly at 7.35am the next morning. I watched her in awe and wonder, knowing beyond doubt that she had gone home to be with Jesus. How wonderful is that?