Trevor Bygate
Fundraising for Survivors Of Bereavement By Suicide 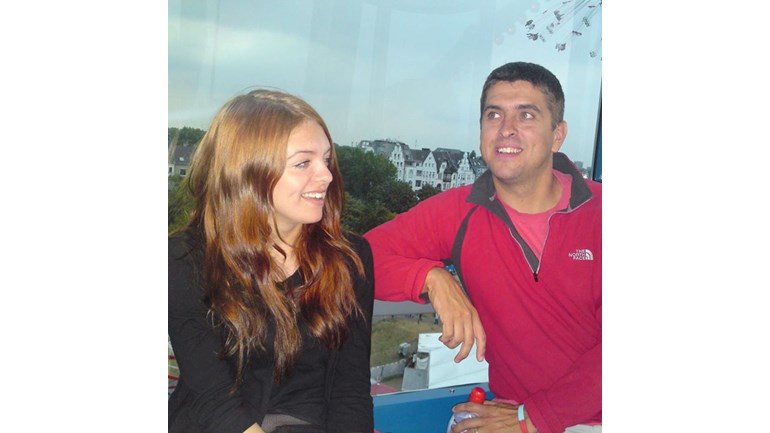 I'm fundraising for Suffolk SoBs in memory of my Angel daughter Chloe Rose.

Survivors Of Bereavement By Suicide

We at SOBS offer support to those bereaved by suicide

On the 30th April 2014 I was on a military exercise in the Arizona desert when I had the devastating news that my 19yr old daughter Chloe Rose Bygate was found dead in her flat. As you can guess I am totally devastated and the pain will never go away. Chloe was my princess and now she is my Angel. She has given me the determination to help others who are suffering the same pain as myself. She was bright beautiful and always loved family and friends. She will be in our hearts and minds till one day we meet again.

My Quest is to raise as much funds for charity as possible and I'm hoping to receive support and sponsorship from as many kind friends, people and companies as possible. I have started an online donation page at Just Giving . My aim will be to carry out as many challenges as possible to reach my goal. I've already taken part in some events as you will see below.

I myself will be taking part in the London marathon on the 24th April 2016 in Chloe's memory and also to raise awareness for the RBL who have shown me fantastic and amazing support during my darkest days. To help other families who are going through the same pain as I am going through. I'm currently in the Army in Suffolk, Ipswich. I serve in 3 Regt Army Air Corp which is an Apache attack helicopter Regt.

Over the past 4 years I have done a number of my own events and have also taken part in H4H and Royal British Legion events. I cycled for 24hr on an exercise bike in Germany, cycled from Portsmouth to Paris on the Big Battle Field Bike Ride for H4H. When I returned back to the UK I cycled again for 24hr in a big Tesco's store in Ipswich and then went on to run the Barcelona marathon. I organized the Poppy run a 5km fun run on the 11th of the 11th at 1100pm at night in 2012, where 300 troops took part while serving in Afghanistan with HRH Prince Harry in Camp Bastion in 2012.

Again I cycled for 24hrs at Tesco's and then 12hrs in Morrison's in my home town of Hadleigh Ipswich. In Sept 2013 I ran the GNR for the RBL with my wife. I finished off last November 2013 with a Wattisham Station Poppy run that I organized for the base where I serve at the moment. I was awarded a Trophy from HRH Prince Charles for the Soldier who brought the most Credit to the Army Air Corp in 2013 and also was awarded with a trip the Queens Garden party at Buckingham palace for my fundraising efforts So I'm hoping Chloe would be proud of me.

More event are in the process of being organised, 24hr Cycle in Tesco Ipswich, Fun run on the base I work on and I'm also planning John '0 Groats to Lands end at some point in the next 24 months, running.

All event completed in 2015

More events to come for 2016 including as you know the London Marathon again and the Great North Run. New event Ultra marathon South Coast.

I'm more driven than ever to help others in the memory of my daughter Chloe, and hopefully helping other will encourage others to help me to reach my goals.

SOBS has been a hugely influential group to be part of, this is because all members have been through a huge life changing event that we all have in common. Losing a loved one by suicide is probably one of the most horrendous thing to go through but all group members are very, very brave and we all support each other and understand what each and everyone is going through, with no questions asked and your never judged. Tears and the pain are shared in the group without anyone feeling silly. I'm so glad I found SOBS

Survivors Of Bereavement By Suicide

SOBS exists to meet the needs and break the isolation of those bereaved by the suicide of a close relative or friend. Many of those helping have, themselves, been bereaved by suicide.