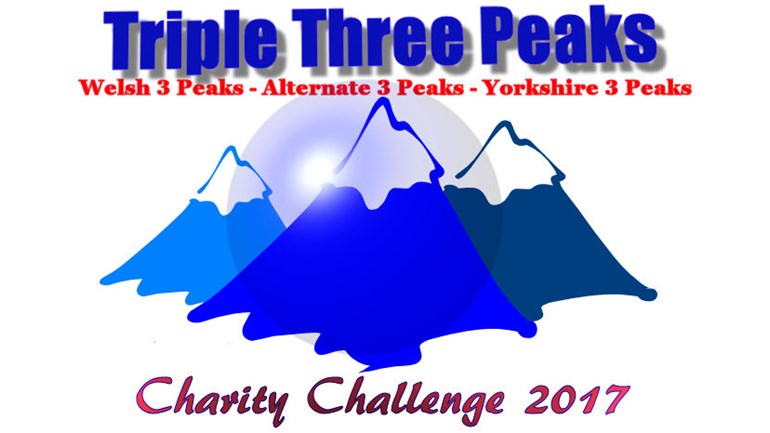 As 2016 drew to an end and I started looking forward to an exciting 2017 as an Ordnance Survey #GetOutside Champion I wanted to do something that would challenge me personally.  If I was going to inspire anyone I had to push myself further than I would normally do.  I also wanted to use the opportunity to raise money for charity.

So what is the Triple Three Peaks Challenge?

The first was a year long challenge to climb hills of the equivalent
height of the three highest mountains in the world Everest, K2, and
Kangchenjunga totalling 26045 metres.  Otherwise called the Alternate Three Peaks Challenge

The second is the Yorkshire Three Peaks Challenge which consists of a 24 mile walk taking in Pen-y-ghent, Whernside and Ingleborough in 12 hours.

The third is the Welsh Three Peaks Challenge of Snowdon in North Wales, Cadair Idris in mid-Wales, and Pen y Fan in South Wales.  This challenge involves walking approximately 17 miles and climbing around 1500 metres in less than 24-hours.