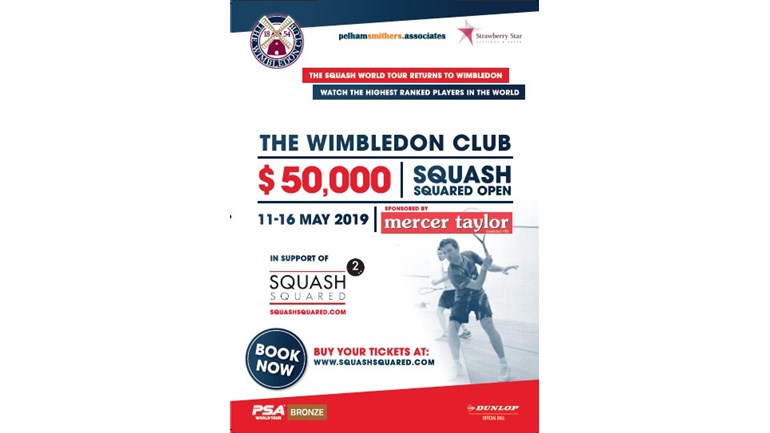 Squash Squared is the UK's first sports and education program for disadvantaged children across South London and Surrey. The initiative works with children from deprived areas, focusing on improving classroom achievement and
learning a new sporting skill (squash). Nearly 100 children from 4 schools receive weekly sports and educational support sessions, along with a meal and transport to and from their school.

Every week, students are escorted from their school to a nearby squash club, where they receive an hour and a half of squash coaching, combined with academic tutoring, helping them with the topics they struggle with the most,
and a healthy meal.

The tutoring helps grow confidence in the classroom, which drives better academic achievement. During their squash session, the children are given the opportunity to have fun on the court through coaching and games, and also to
engage in competitive matches against one another. This improves fitness, coordination, agility and provides a new skill, giving each child greater confidence.

At the completion of the Squash Squared sessions, the children return home well fed and well exercised, and also have their homework completed and are fully prepared for the next school day.

You can click the link below to learn more about our successful and growing program.

The Wimbledon Club Squash Squared Open represents one of the primary fundraising vehicles for its namesake charity, Squash Squared, raising funds for this worthwhile and deserving charity through a variety of measures including: a) a portion of ticket sale proceeds; b) the charity auction on the night of the tournament finals; and, c) JustGiving online fundraising.

The Squash Squared Open will take place from May 11 through May 16 at the Wimbledon Club, and this year's event represents the fourth and largest installment to date, highlighted by a prize fund of $50,000 on offer to the players.

The tournament is a fantastic showcase for high level professional squash, with an exceptionally strong draw this year, including the 11th and 12th ranked players in the world, players representing 10 different countries, two previous winners, a former World number 1, and a Commonwealth Games champion!

You can read more about the tournament in the link below

Squash Squared helps selected, deserving primary school children from low income families by providing extra curricular,after-school tutoring and introduces them to the sport of squash. We give each child the opportunity to enjoy their lives, learn and fulfill their potential in a safe environment.

Charity Registration No. 1166348
Find out more about charity fundraising