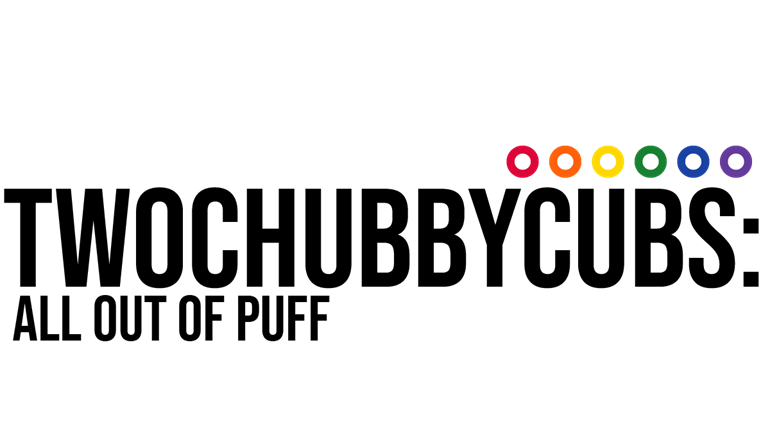 Two Chubby Cubs: All Out Of Puff

Thank you for visiting! Yes: despite being so worryingly obese that our doctors suck air over their teeth when we walk into their surgeries, we've decided to do a 5k! We've been working on our fitness levels over the past few months and feel we can do it, even if it means sacrificing our nipples to chafing and our lips turning permanently blue. Anything you can do to support would be amazing!

We're running the first Northumberland Pride 5K run on 31 May 2018!

Remember, if you want to drop a bit of weight or increase your fitness, you can find more of our nonsense at www.twochubbycubs.com

(James here) - my ex, so full of happiness and love when we first started going out (don't worry, that soon went once he realised what a chore I am to be with), rushed home to tell his parents that he was gay and had found love. His dad's reaction was to pin him to the wall, hold a screwdriver to his throat and tell him that if he ever said another word about being gay, he'd kill him. His mother sat and watched this play out in the same disinterested way one might watch a repeat of Only Fools and Horses on the TV. My ex knew his parents were religious, but they weren't especially fervent about it, and he certainly wasn't expecting a reaction like that. They locked him in the house for three days before my mother rescued him by effectively kidnapping him. They only enquired after his whereabouts after two weeks, and never again did the subject come up.

His parents were awful. Our parents have been tremendous, and as two young(ish) gay lads, we know how lucky we've been not to face any significant prejudice in our lives. Others aren't so lucky, and that's why we're doing this. The Albert Kennedy Trust do some amazing work supporting lesbian, gay, bisexual and transgender (LGBT) young people who are homeless, living in a hostile environment or in housing crisis, all because of something they can never change and nor should they feel ashamed about. We're doing this to help them.

Well, that, and the hope that if we do pass out through oxygen deprivation, we might get the kiss of life from some hurly-burly paramedic packing more than a face-shield and antiseptic wipes in his bumbag.

Coming out, or being outed as LGBTQ+ can lead to young people being made homeless. This is the reality for 77% of the young people akt supports. We proudly offer safe homes and better futures for LGBTQ+ people aged 16-25.

Charity Registration No. 1093815
Find out more about charity fundraising