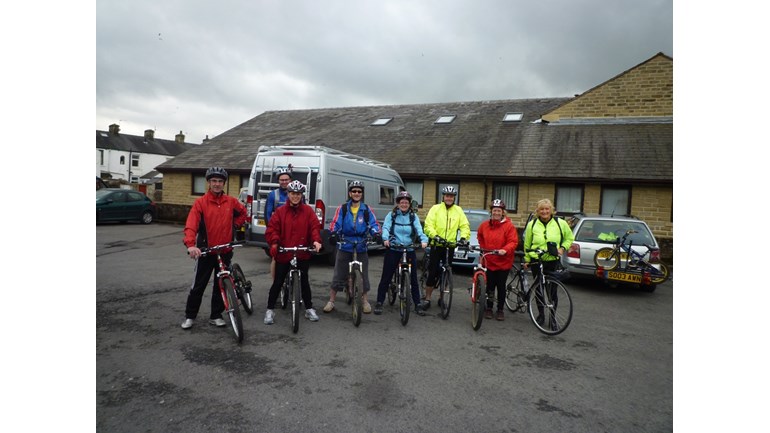 Help us to help Haiti.
Nine members of UCBC staff are currently training in order to complete the Coast to Coast (C2C) by bike ride for charity. The ride starts on Thursday 26 August on the west coast at Whitehaven, Cumbria with our back wheels in the Irish sea and ends 137 painful, undulating miles later on 28 August when our front wheels dip into the North sea in Tynemouth.

Our cause is Haiti. Why? One of our riders is one of the British Fire & Emergency Rescue team who travelled out there during the first days of disaster in January. He was so moved by the devastation he returned with a desire to do more for the Haitian people.  The levels of devastation are immense, a whole nation is on its knees, they desperately need our help.

Overview:
Haiti is one of the poorest and least developed countries in the world, Haiti in recent years has struggled with problems ranging from near-constant political upheaval, health crises, severe environmental degradation and an annual barrage of hurricanes.

On Jan. 12, 2010, a devastating earthquake struck Haiti, reducing much of its capital to rubble. It was the worst earthquake in the region in more than 200 years. A study by the Inter-American Development Bank estimates that the cost could be between $7.2 billion to $13.2 billion, based on a death toll from 200,000 to 250,000. The toll has been since been revised by Haiti's president at upwards of 300,000.

Huge swaths of the capital, Port-au-Prince, lay in ruins, and thousands of people were trapped in the rubble of government buildings, foreign aid offices and shantytowns. Schools, hospitals and a prison collapsed. Thousands of new amputees are facing the stark reality of living with disabilities in a shattered country whose terrain and culture have never been hospitable to the disabled.

We would like to thank each and everyone of you in advance for your donations... THANK YOU x