Unite the Union (Northern Ireland)
Fundraising for Save the Children 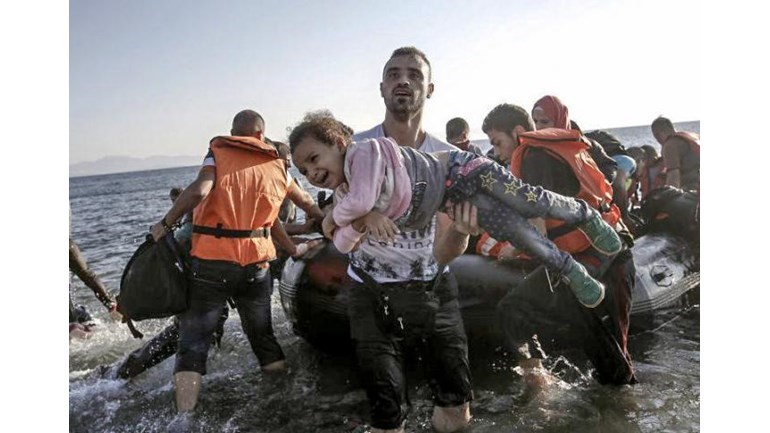 A singer-songwriter who works for the UK and Ireland’s biggest trade union is using his music to raise money for Syrian refugees by releasing a single this week into the UK download charts in Belfast.

Davy Kettyles’ song ‘Humanity’ was written to mark the first anniversary of the death of Aylan Kurdi, the Syrian toddler who drowned along with most of his family as they tried to reach safety in Europe. The video accompanying the song is available here.

Speaking ahead of the launch of the initiative at Unite’s Regional office in Belfast, Davy Kettyles said:

“I was powerfully moved by the death of little Aylan and by the plight of so many people who have been forced to leave their homes because of war.

“I made this song in the hope of challenging the prejudice that exists to the migrants who are seeking refuge here and to encourage people to give something to help those caught in this tragedy. It’s important to capture the plight of ordinary people fleeing their homes in search of sanctuary, to illustrate the truly awful things that have happened on that journey.

"It’s a call for people to recognise the values of our shared humanity, and stands in contrast to the ongoing rise of fascist and racist views in the UK and Europe.”

Deputy Regional Secretary of Unite in Ireland, Jackie Pollock gave his full backing for the initiative:

“Davy has created something powerful and moving. The union will use the song to raise awareness of the ongoing human crisis faced by these refugees, and we hope that our members and other trade
unionists will donate to the Unite for Humanity appeal.” And perhaps even put this incredible song into the charts for Christmas by buying the download single.

Peter Bryson, Head of Country for Save the Children in Northern Ireland said: “Save the Children has been working on the refugee crisis since it began. We have witnessed first-hand the devastation that this conflict has caused for hundreds of thousands of families. Children who have seen friends killed in the street or watched as their homes and schools have been destroyed, followed by mass exodus to camps in surrounding countries. They have been forced to live in tents often without proper sanitation, or fresh food, without schools or healthcare.