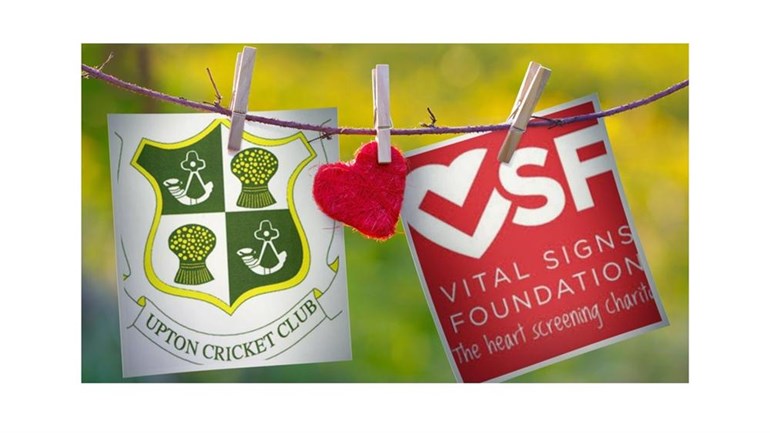 Fundraising for The Vital Signs Foundation

Upton Cricket Club have selected Vital Signs Foundation (VSF) as their Charity of Choice for 2018 and are looking to continue to raise valuable funds for them through a series of events and challenges during the year.

VSF have been Upton's Charity of Choice for 3 years running, raising over £2000 in the first year, over £1000 during the second year and they are hoping to raise another £2500 during 2018. Upton have also increased their fundraising goal due to the continued generosity of everybody involved with the cricket club and also the local community.

VSF was formed by Steve Haw following the tragic and sudden death of his son Chris, aged just 25. Chris was a much loved son, brother, grandson and friend to many people throughout his local community in Southport and across the NW. He was a fit and healthy young man who presented no previous heart conditions whatsoever.

The Charity was founded to create 3 important objectives:

Their goal is to deliver a successful Free heart screening program across the North West of England to reduce the number of sudden young deaths in the UK from undiagnosed heart conditions.

The Vital Signs Foundation (VSF) was formed following the tragic and sudden death of Christopher Haw aged 25. Chris was a much loved Son, Brother, Grandson and Friend to many people throughout his local community and across the NW. He died, aged 25 from a Sudden Cardiac Arrest. www.vsf.org.uk